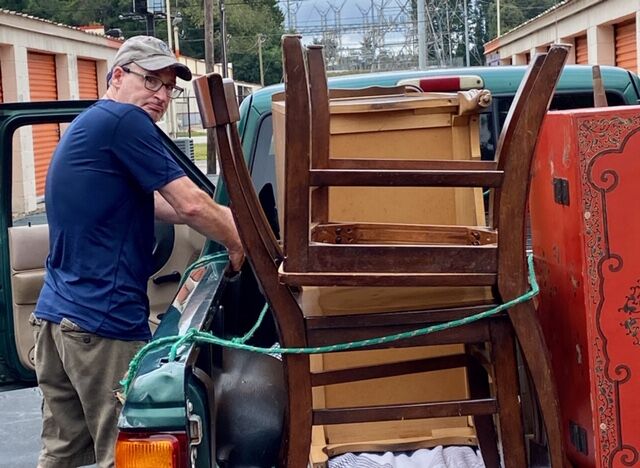 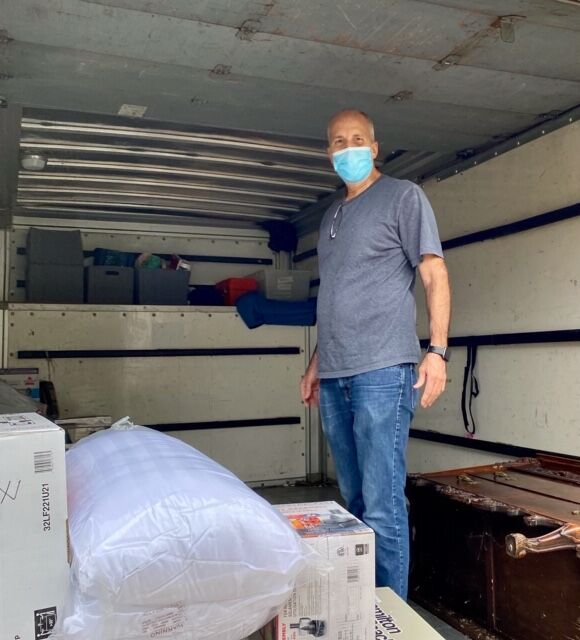 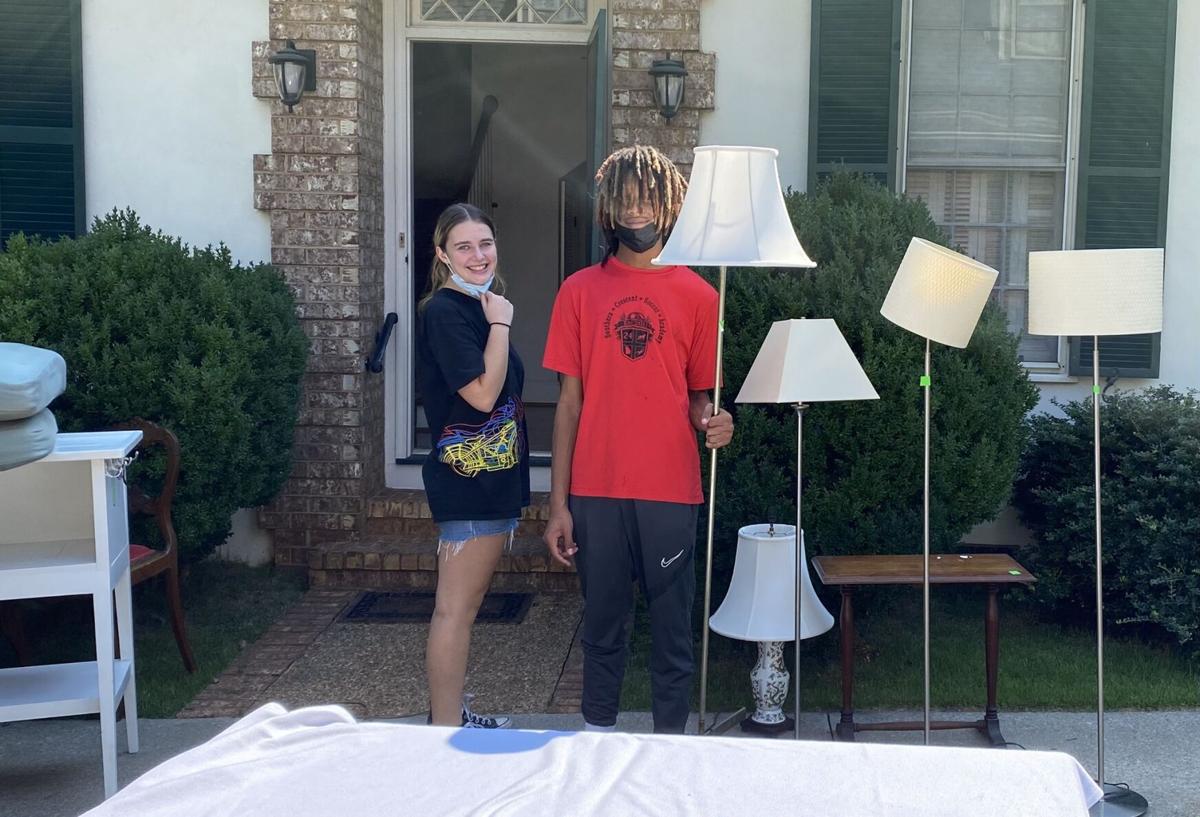 Community members helped Afghan American Alliance of Georgia collect donated furniture around City of Atlanta and City of Decatur for a family of seven Afghan refugees who moved into an apartment Wednesday.

Community members helped Afghan American Alliance of Georgia collect donated furniture around City of Atlanta and City of Decatur for a family of seven Afghan refugees who moved into an apartment Wednesday.

ATLANTA — Agencies tasked with resettling Afghan refugees in Georgia and throughout the South are overwhelmed but are stepping up to the challenge, finding homes for hundreds.

When American soldiers began pulling out of Afghanistan last year, the impending terror that followed at the hands of the Taliban was something many said they were not prepared for, especially America's resettlement agencies and partners that were suddenly tasked with initially relocating nearly 40,000 Afghan refugees and evacuees.

“All of these organizations have really had to scramble to gear up to receive the Afghan refugees because under the Trump Administration, the number of refugees who were resettled in the U.S. drastically decreased and so many of these affiliate agencies had to lay off staff because there were no refugees coming in, so now they’re having to gear up again and that’s been a challenge,” said Lynda Wilson, President Alabama Interfaith Refugee Partnership, Inc (AIRP).

While California, Texas and Virginia lead in the number of Afghans resettled over the last 20 years, Georgia is also a top state in the South for Afghan resettlement.

Inspiritus — an Atlanta based resettlement agency — has committed to resettling 200 of Georgia's Afghan refugees within the next six months.

"It's a big audacious goal, but over our 40 years, we've never turned away any refugees, and it's going to be a huge number of folks in a short period of time," said John Moeller, CEO and president of Inspiritus.  "We are going from the most austere conditions, minimal staffing early this year to now staffing up to maybe the biggest staff we've had in recent years. It's a challenge to live in austerity, to reduce staff down to a skeleton and then suddenly have to have capacity. We are truly stretched. To know that there's not the typical funding that would accompany the refugees is true hardship."

Much of Georgia’s Afghan refugees are planned to be concentrated in the metro Atlanta area, where there is already a population of Afghans. Many of those refugees chose to relocate to Georgia due to already having a familial or friend connection in the state.

“The support network is really important to them because in Afghanistan, families live very close together and are very involved. So keeping that same structure here is very helpful," said Hogai Nassery, an Afghan native herself who resettled in the U.S. during the Soviet-Afghan War.

Many of Georgia's Afghan evacuees have chosen the state from hearing of Atlanta as being a top city, known for its economy and diversity, Moeller said.

"Atlanta has a great, thriving Afghan community and this is the place people have heard of. It's welcoming and inviting, a place where there's abundant jobs and opportunity. Folks want to come to Atlanta and Savannah," Moeller said.

Over the last two decades, International Rescue Committee Atlanta has reported resettling more than 900 people from Afghanistan to Georgia.

"Fortunately, there’s a pretty decent sized Afghan communities here now...It wasn’t like that when my family first came over, so they have a community they can connect with," said Nassery, who started the "Afghan Alliance of Georgia" page on Facebook to gather community support for evacuees. "But we do want them to integrate into the greater community and build their language skills and get jobs because that’s better for their kids.

Through Nassery's Facebook group, followers of the page came together to help at least three Afghan families, mostly through furniture and other donations. Housing, especially with limited funds for refugees, is sometimes a challenge. Agencies work to place the families in affordable, safe housing, that is typically on a route where public transportation services are available.

While the cost of living poses a hefty challenge, some Georgia residents have offered their homes temporarily to Afghan refugees, and Airbnb has offered to partner with agencies for short-term housing, Moeller said.  Inspiritus, like other resettlement agencies, already have established partnerships with landlords and apartment complexes for refugees.

"They know that when we place someone there, they know that it's very likely that that person will be able to be paying their own bills very quickly," Moeller said. "Here in Atlanta 90% of the individuals we work with, within six months, are completely self-sufficient...To think you started with nothing and in six months you're paying your bills, making your commitments, children are enrolled in school and doing well."

Afghan refugees with a special immigrant visa — granted to those who worked as translators, interpreters or other roles on behalf of the U.S. government in Afghanistan or Iraq — receive monetary assistance and health care benefits.

Many of the Afghan evacuees who do not yet have a SIV are typically classified as humanitarian parolees, an evacuee granted permission to enter the U.S. temporarily due to a compelling emergency. Refugees receive approximately $1,200 per person in monetary assistance and minimal assistance in other areas.

"It's an incredibly limiting amount of money," Moeller said. "We have to come up with philanthropic dollars to bridge the gap. This leaves [parolees] in peril because they're not eligible for all the full resources that a regular refugee would qualify for like Medicaid and TANF (Temporary Assistance for Needy Families).

"They will not be eligible for it until an act of Congress [is passed]. Legislation is being written right now to change that. They do get a tiny stipend, but not enough to live off by any stretch. "

Nassery and others are lobbying for Congress to sign legislation for all the Afghan refugees, regardless of visa status, to receive the same benefits as those with a SIV, and also enhancements to the visa process, so that more evacuees could be approved.

“[Parolees are] definitely going to be the groups we want to target," she said, of her Facebook group's efforts.

The process of granting them asylum status or visas has come with long wait times in recent years. Those evacuees would then have to enter legal systems to apply for asylum or SIVs, which could cost between $6,000-10,000 per family, Wilson said.

“If each of these Afghan refugees has to do that that is a huge problem and we have a huge backlog in our immigration court. The average wait time now is three years,” said Wilson, noting that much of funds raised by AIRP and other refugee agencies are spent in legal fees. “I think the State Department is trying to figure out a system to streamline for these Afghan refugees, this whole humanitarian parole process and to help readjust their status for a SIV or refugee."

As agencies continue their work on providing services to Afghans that aid in physical, mental and emotional well being, they are hopeful that community support will grow, in the form of American families partnering with Afghan families for "cultural navigation."

“Our goal here is to get Afghan Americans who are established here to partner with a different family that comes here to help them navigate the issues in this society which are very different than what they experienced in Afghanistan,"  Nassery said.

"People that want to accompany them on their journey from literally surviving to thriving...help introduce them to public libraries, learn to drive... just all the things that people have to learn," added Moeller. "We can't pay a staff member to do every single thing, so we need families that appreciate what it's like and are willing to support and accompany a family as they make that journey from surviving to thriving."

Families interested in assisting an Afghan refugee family through Inspiritus can email Sarah.Burke@weinspirit.org.

AIRP typically provides direct support to refugees in the Birmingham area, but sometimes extends beyond its borders in the event of a great need. The group has partnered with Birmingham Islamic Society and the Birmingham Jewish community to co-sponsor at least two families in Georgia and has raised more than $6,000 in less than a week.

With the news of Alabama's forthcoming 10 Afghan refugees, AIRP will now be working to assist the state's only approved resettlement agent — Catholic Social Services, Archdiocese of Mobile.

Those who wish to assist with Alabama and other Afghan evacuees or others are directed to email afghanpartnerships@state.gov.