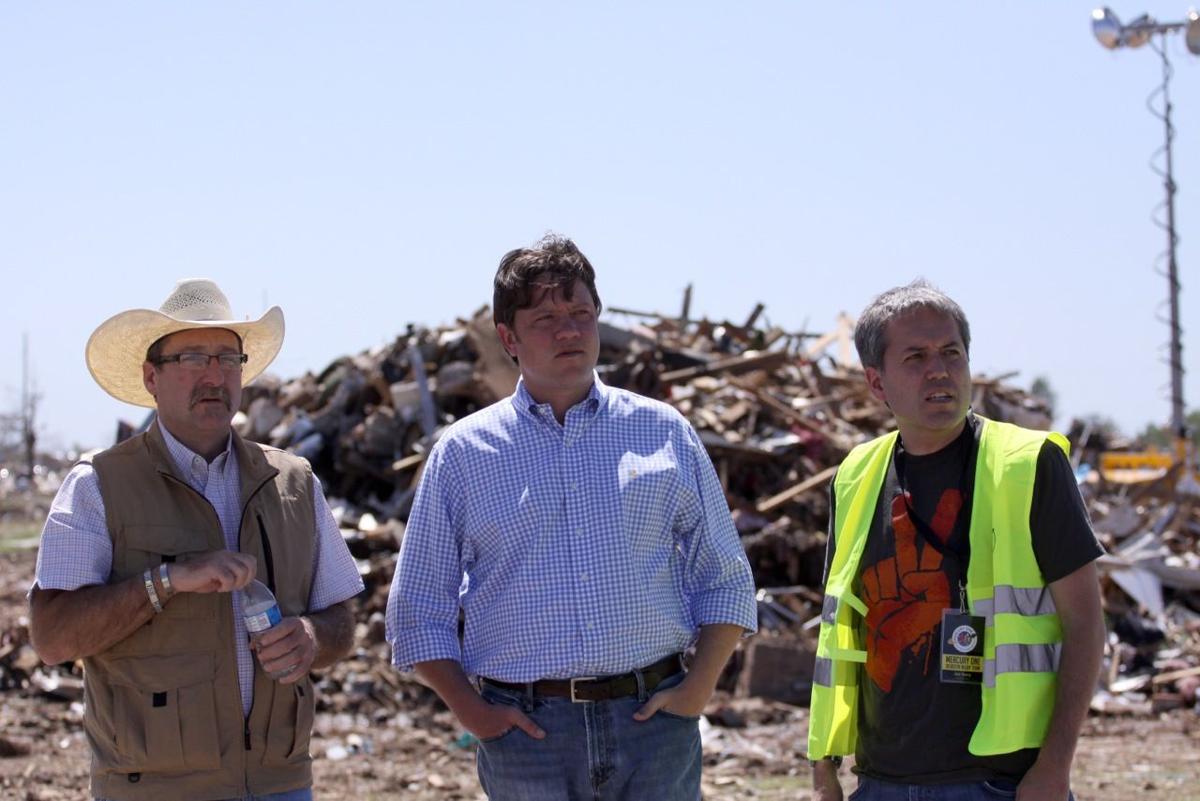 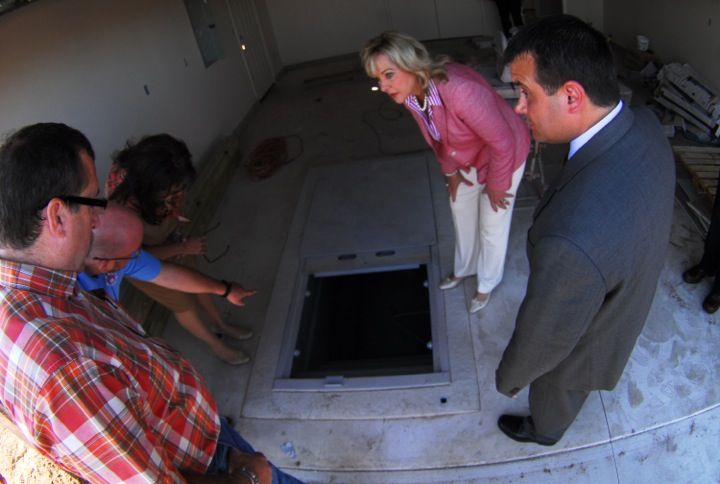 State Rep. Mark McBride, left, Oklahoma Gov. Mary Fallin, middle, and Sen. Anthony Sykes, right, look at a storm shelter at a home being rebuilt and on Southwest 15th Street in Moore during a tour she and other government officials took of the area to see the recovery efforts.

State Rep. Mark McBride, left, Oklahoma Gov. Mary Fallin, middle, and Sen. Anthony Sykes, right, look at a storm shelter at a home being rebuilt and on Southwest 15th Street in Moore during a tour she and other government officials took of the area to see the recovery efforts.

OKLAHOMA CITY — As Mark McBride stood with tears in his eyes amid the rubble of Plaza Towers Elementary School, he vowed to do anything he could to protect the state’s schoolchildren.

With emergency workers everywhere, McBride, a legislator from Moore, knew that children were trapped inside the remains of the school — living or dead — after a direct hit from the massive tornado on May 20, 2013.

Within a day, he and colleague Jon Echols, a representative from Oklahoma City, had launched the nonpartisan Shelter Oklahoma Schools. Their  non-partisan, multimillion-dollar effort aimed to help schools throughout the state bear the enormous cost of building storm shelters or safe rooms.

Donations flowed and within a year more than a dozen schools had approached asking for help to supplement federal grants. The group, under the acronym S.O.S., raised and donated nearly $1.7 million for schools in Calumet, Canton, Drummond, Fairview, Friend, Geary, Hennessey, Navajo, Turkey, Watonga, Western Heights, Yale — and Moore.

Now, nearly two years after the twister that killed two-dozen people, including seven third-graders at Plaza Towers, interest has dried up.

Schools haven’t approached for funding, either, even though some dollars remain.

McBride isn't sure why. Some posit that last year's mild tornado season put it out of people's minds. He hopes it's because schools have figured out a way to pay for shelters without asking for aid.

State officials don’t know how many schools currently have safe rooms or storm shelters. The terms are often used interchangeably, though shelters are below ground and safe rooms are essentially reinforced concrete rooms above ground.

The last tally, taken in August 2013 by state emergency management and education officials, found 38 percent — or 670— of the state’s 1,773 schools reported having a safe room, shelter or basement where students and teachers could take cover in a weather emergency.

“The vast majority of schools in Oklahoma do not have protection from tornado shelters,” said David Slane, an Oklahoma City attorney. “I don’t have much reason to believe that number has changed.”

Slane was part of a citizen-led campaign, called Take Shelter Oklahoma, which sought a voter referendum for a $500 million bond to pay for school shelters. Their effort twice failed to gather enough signatures to put the question to voters.

“We felt like if we could get it on the ballot, the majority of Oklahomans would vote for school safety,” Slane said.

In 2013, Slane had two children attending Moore schools. For two hours after the May 20 tornado, in the chaos that followed the disaster, he said he didn’t know for certain if his children had survived. They did.

Last year, Take Shelter Oklahoma estimated that as many as 500,000 teachers and students remain unprotected at school. More than 681,000 children currently attend Oklahoma schools, which employ thousands of teachers and support staff.

It’s not that school districts don’t want to protect their students and staff, Slane said. They just can’t afford to spend millions of dollars on shelters when they barely have enough money to pay personnel, he said.

“I think we need to do more as a state to come up with a comprehensive tornado policy,” he said. “I’m afraid more schools are going to be hit and more students are going to be at risk. I’m deeply troubled that two years later we don’t have plan.”

Those fears were nearly realize two weeks ago, again in Moore, when a much smaller tornado ripped off the roof at Southgate-Rippetoe Elementary School. No injuries were reported during the evening tornado.

An attempt to develop a statewide plan for school shelters failed in the waning hours of last year's legislative session, despite lobbying by Gov. Mary Fallin and McBride to allow school districts to exceed bond capacity to build shelters.

Some districts have chosen to pay for projects by initiating multimillion-dollar bond packages on their own.

Just this week, Oologah-Talala school voters overwhelmingly approved a $4.7 million bond to install safe rooms to shelter up to 1,400 people, among other things. The shelters would also reportedly be available to the community, located northeast of Tulsa, in an emergency.

For many districts, such borrowing is cost prohibitive.

In Moore, the exorbitant price tag on new safe rooms has thus far prevented the district from installing one in each of its 32 schools, though that's what school leaders envision, said Dustin Horstkoetter, the district's director of safety and security.

In the meantime, the district is ensuring that every new building project includes a shelter.

“It will be a safe assumption that any future building we do will include a safe room,” Horstkoetter said.