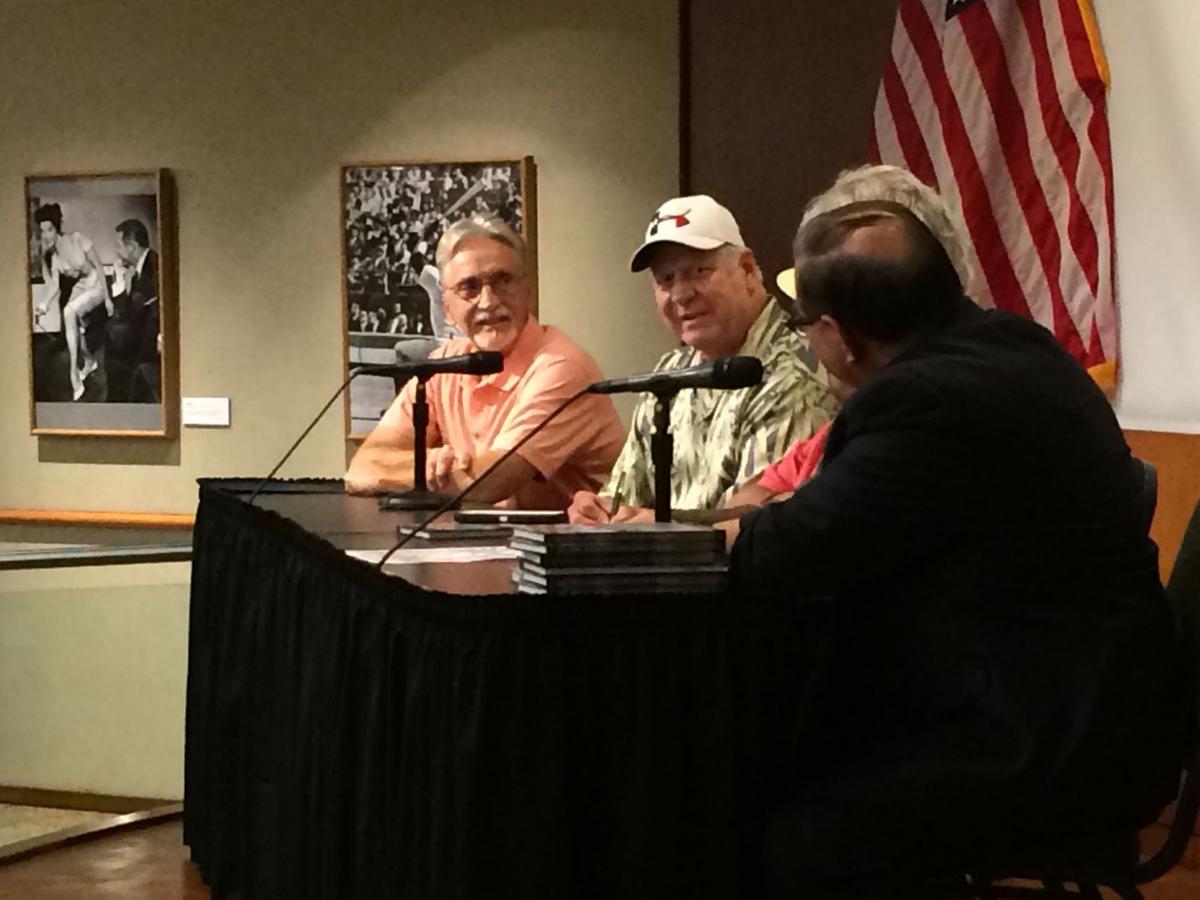 Danny Mantle, left, and David Mantle answer questions about their father, the late Mickey Mantle, at the state History Center on Thursday. 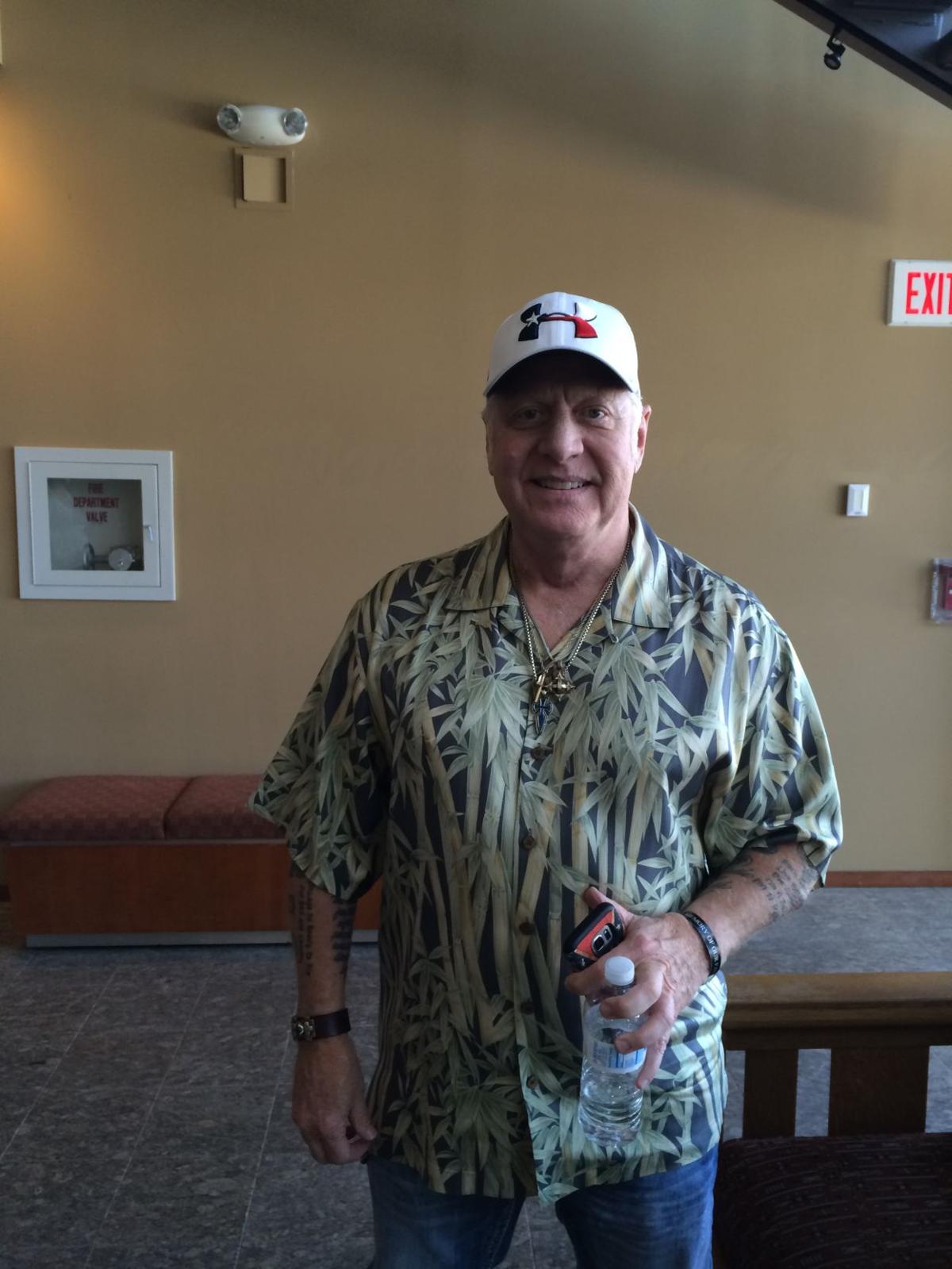 Danny Mantle, left, and David Mantle answer questions about their father, the late Mickey Mantle, at the state History Center on Thursday.

OKLAHOMA CITY — David Mantle admits that his was a unique childhood. He spent springs in Florida, and during the summertime he watched his father slug home runs at Yankee Stadium.

He remembers studying with a tutor from 8 a.m. to noon, then heading with his three brothers to the beach or the ballpark to hang out with their famous father.

Mickey Mantle — Hall-of-Famer, 20-time All-Star and one of the most famous ballplayers to ever wear New York's pinstripes — worried that he wasn't doing a good enough job raising his sons. At times they lived thousands of miles away, in Dallas, while he was patrolling centerfield in the Bronx.

“He always thought he wasn’t a good father, but we told him he was a great father,” said David Mantle, 60, of McKinney, Texas.

In the winter, his father would take the boys hunting, and they’d play football together nearly every day.

David and Danny Mantle were fresh off Mickey Mantle Bobblehead Day at Yankee Stadium — where they also threw the first pitch — when they returned Thursday to the state that their father long considered home.

The Mantle boys — the ballplayer's last two surviving sons — made an appearance at the state History Center to coincide with the opening of a 28-photo exhibit focused on their father.

They also recognized July 7 as Mickey Mantle Day in Oklahoma.

“Dad just had that mystique about him,” David Mantle said during an interview before heading to a question-and-answer panel. “He wasn’t a quitter. Of course, he’s an Okie, so we’re proud of that.”

Mantle was born in Spavinaw and grew up in Commerce. Though he moved from Oklahoma to Texas in 1960 to be closer to the region’s biggest airport, Dallas Love Field, he kept a special place in his heart for Oklahoma.

So much that when Texas officials invited him to join their state's hall of fame, he politely declined, his son said. “I’m an Okie,” he told them, according to David Mantle.

Oklahoma kept a place in its heart for the one they called "The Commerce Comet," as well.

A portrait of Mantle in his No. 7 Yankees jersey hangs in the State Capitol. A statue memorializes him outside Oklahoma City’s minor league baseball park.

Despite Mantle's love for Oklahoma, it wasn't necessarily what he wanted his legacy to be.

“He always wanted to be remembered as a true teammate,” his son said.

David Mantle favors his father, with the same stocky build and, as he puts it, the same big nose.

They look so much alike that an Oklahoma City sculptor pressed him into duty as a model for the statue later erected outside the ballpark.

Once, whole walking down a street in New York City, a man stopped David Mantle.

Mantle assured him that he was still alive and well.

Only later did he realize that the stranger had confused him with his late father.

There are some differences between David Mantle and his dad.

He father hated both.

Maybe not as much as Mickey Mantle hated to lose — at baseball and golf. So much that he’d have his son putt for him in family matches.

He also would tell his sons — and anybody else who would listen — to lay off drinking and drugs.

“God gave him one body, and he didn’t really take too good care of it,” David Mantle said, adding that most Mantle men died before they reached age 40. “He kind of lived every day like it was his last."

Mickey Mantle, who died in 1995 at age 63, was an obvious choice for an exhibit at the History Center, said spokesman Larry O’Dell, especially since his boss is “a big Mickey Mantle fan."

The exhibit runs through Sept. 15.

Janelle Stecklein covers the Oklahoma Statehouse for CNHI's newspapers and websites. Reach her at jstecklein@cnhi.com