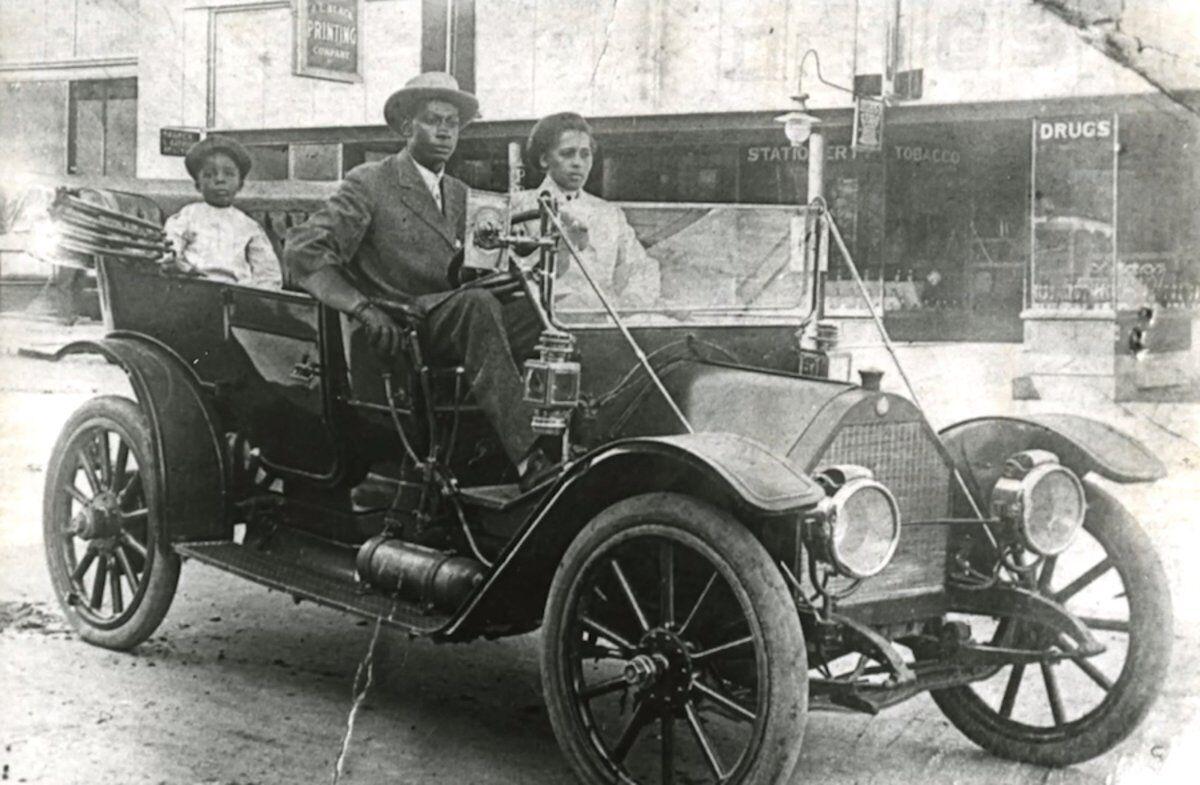 The Williams family, shown in 1915, owned the Dreamland Theatre in Tulsa. 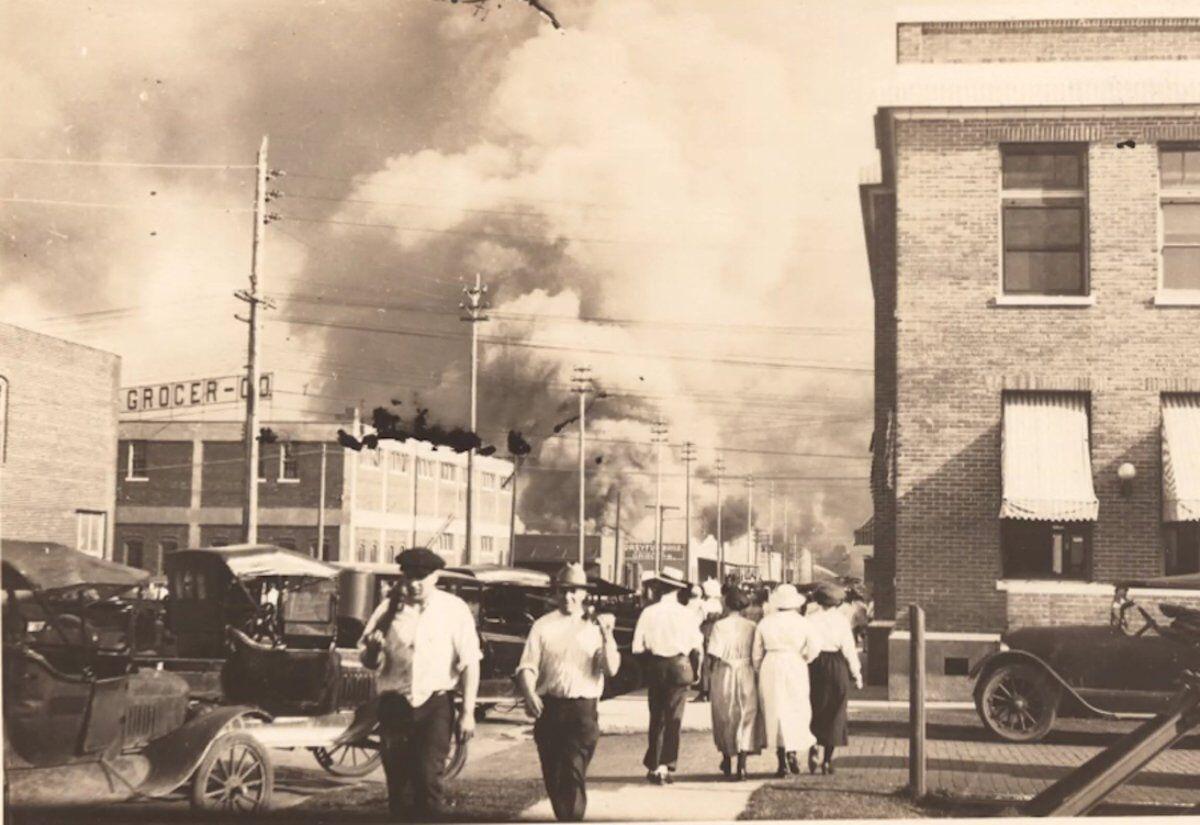 White men with guns walk down a sidewalk while Greenwood District burns behind them during the Tulsa Race Massacre. 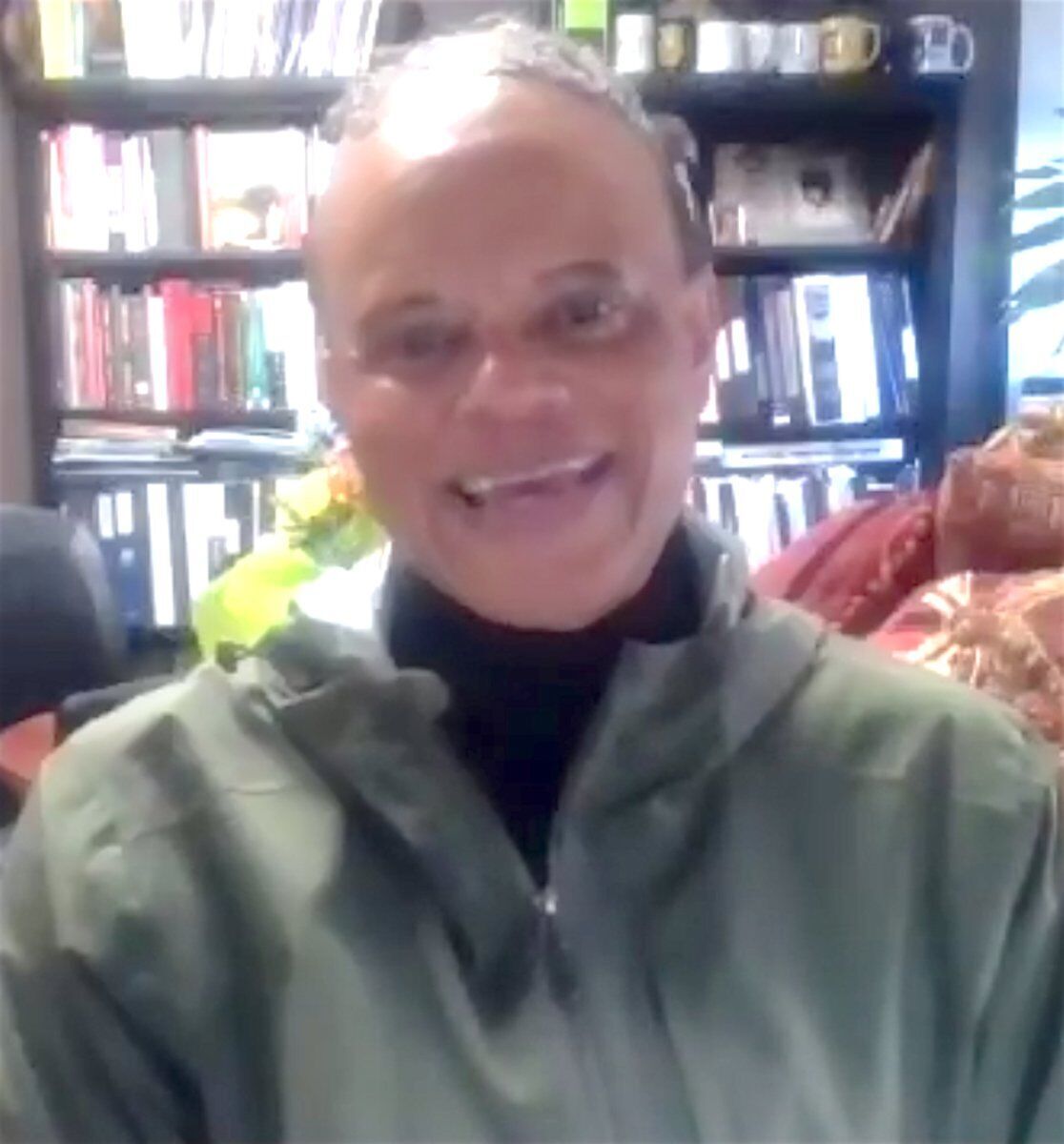 During an online program, Hannibal B. Johnson presents his reflection on remembering the Tulsa Race Massacre 100 years after.

The Williams family, shown in 1915, owned the Dreamland Theatre in Tulsa.

White men with guns walk down a sidewalk while Greenwood District burns behind them during the Tulsa Race Massacre.

During an online program, Hannibal B. Johnson presents his reflection on remembering the Tulsa Race Massacre 100 years after.

TAHLEQUAH, Oklahoma – “There’s an old adage that says when you know better, you have to do better. Once your eyes have been open, it’s impossible to close them again.” That's what Hannibal B. Johnson told a rapt audience last week when speaking about the Tulsa Race Massacre.

Johnson is a Harvard Law School graduate, author, playwright, attorney, consultant, and college professor. On Wednesday, April 21, during a Zoom session in coordination with the NSU History Department, he spoke for the William P. Willis and Zelma Bynum Willis Endowed Lectureship in History and American Indian Studies about the impact of the Tulsa Race Massacre 100 years after.

He explained that many Oklahomans feel let down because their school curricula omitted important histories that have affected this state, and that they are learning about the Race Massacre in adulthood.

He explained that the Historic Greenwood District is a neighborhood that was established in 1906 and spans about 35 square blocks. The area was nicknamed “Black Wall Street” by Booker T. Washington, but according to Johnson, at the time of the mMassacre, it was more like a “Black Main Street.”

“This was a small-town business community that had beauty salons, laundries, small businesses, coupled with service providers, dentists, doctors, lawyers, etc. It was a community of necessity because they were not allowed to engage with the community in downtown Tulsa,” he said.

“The problem is that racism is irrational and illogical,” said Johnson.

Two years prior to the massacre, the U.S. had experienced what is known as the “Red Summer” of 1919.

“'Red' is a metaphorical reference to the blood that flowed through American cities because of racial unrest. They were called riots, but they were attacks on Black communities,” he said.

There were over two dozen “race riots” that year alone, with lynchings, public hangings, dismemberments, and public castrations. By the 1920s, the Ku Klux Klan had taken a foothold in Tulsa and throughout the state.

White communities experienced “land lust,” and there were conversations about moving the Black community to the North. At the same time, white media outlets wrote incendiary articles that set off the white community against Black people.

That catalyst came in the form of Dick Rowland, a shoe shiner who used the bathroom in the Drexel Building. In an elevator, he likely bumped into a teenager, Sarah Page, who screamed.

“She overreacted. He ran. She said he was assaulted on the elevator, but recanted it and refused to corroborate with investigators,” he said.

The Tulsa Tribune was an inflammatory newspaper, and by May 31, it had published an article about how Rowland had attacked and attempted to rape Miss Page in the elevator.

“It had its desired effect: Dick Rowland sat in the jail, and whites were in the thousands. They were going to lynch him,” said Johnson.

At this point, many Black men had received word about the situation and assembled a few dozen protectors with weapons. Many were veterans of World War I and knew how to use a gun. At a certain point, a white man tried to grab one of their guns, and it discharged, and “all hell broke loose.”

The Tulsa Police Department deputized members of the white mob to ransack the Greenwood District. Thirty-seven people were reported dead, but this is a gross undercount, according to Johnson. Currently, anywhere between 100-300 people are believed to have died. Hundreds more were injured, and local homes and businesses incurred millions of dollars in property damage.

“Many were rounded up, detained, and interned like the Japanese during World War II. It was a devastating and tragic event for the Black community, but the rebuilding began as the embers were still smoldering. It is the indomitable spirit of the community,” said Johnson.

He explained that many fixate on the massacre, but that is not the end of the story. The Greenwood District reached its economic peak in the 1940s and declined because of integration.

“When integration came along, it undermined the foundation of Black business communities. For example, a Walmart outside the community would have more inventory at better price points than would a mom-and-pop shop,” Johnson said.

Around this time, Interstate 244 was directed right through the Greenwood district, which hurt the community.

To help foster understanding, Johnson recommends that community members look introspectively to reveal their own biases. After recognizing existing racisms and prejudices, they can encourage school boards to teach a “people’s history,” and not a “sanitized history that excludes minority or BIPOC [black, Indigenous and people of color] experiences.”

“The people who elect should be addressing these questions. What you can’t do is nothing,” said Johnson.