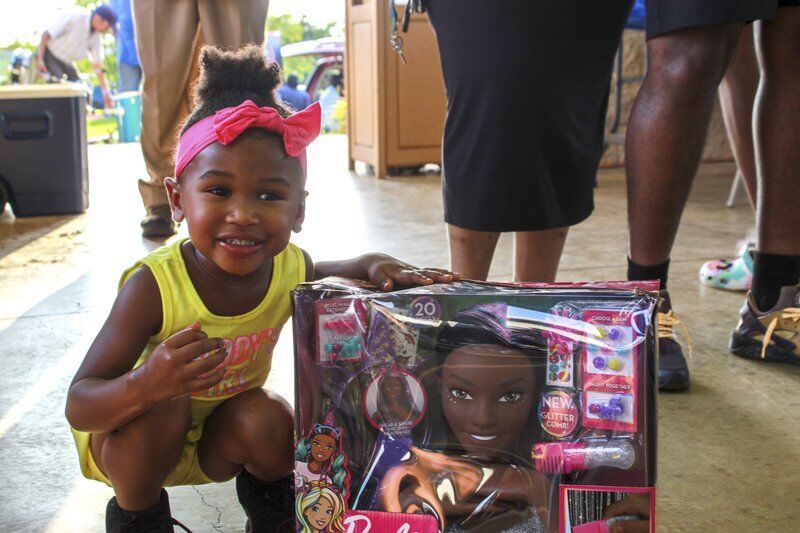 Chase Congleton/Stillwater News Press A young Langston resident was all smiles with her new doll. 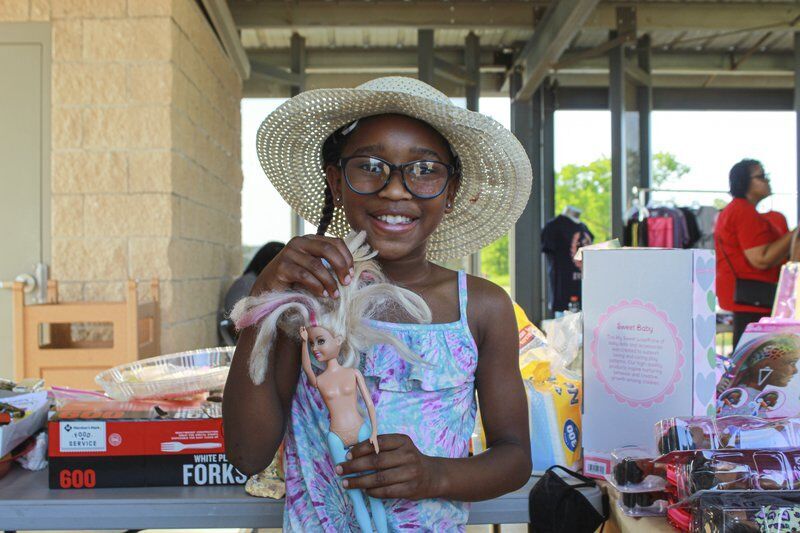 Chase Congleton/Stillwater News Press Layliana Carruthers poses with a doll she traded for at the booth. 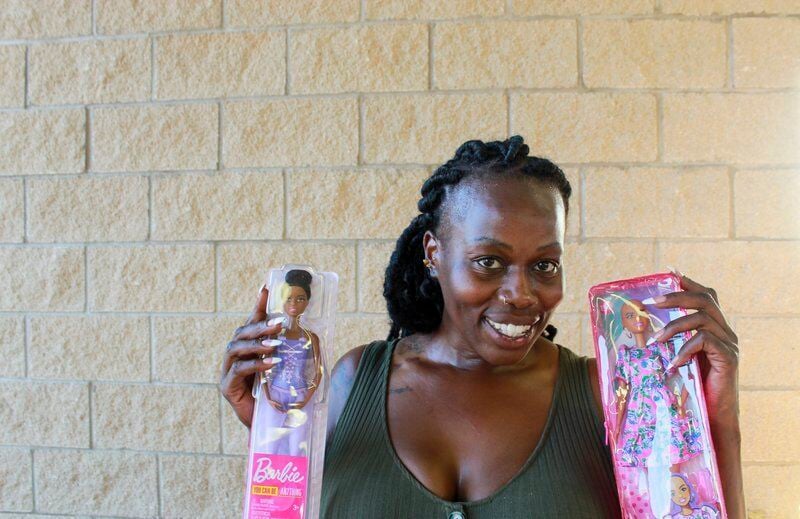 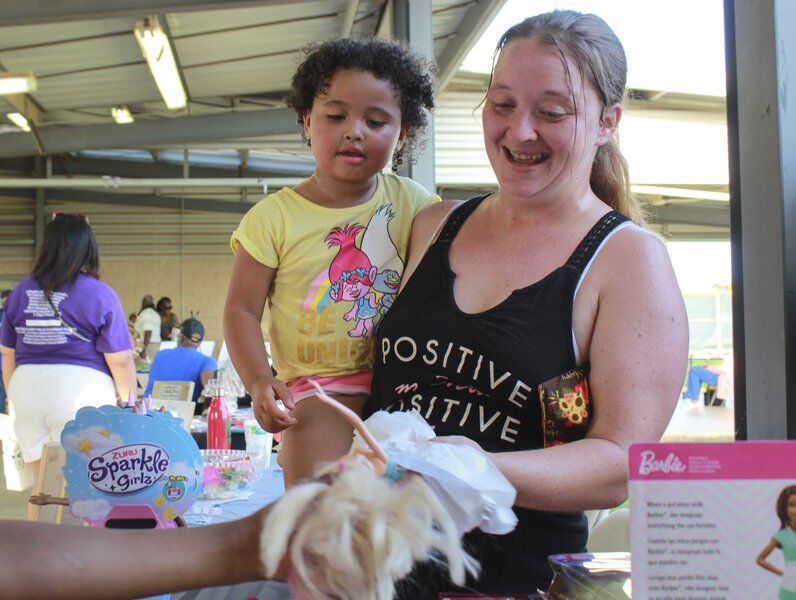 Chase Congleton/Stillwater News Press Langston residents got the chance to exchange white dolls for dolls that looked like them during the town's recent Juneteenth celebration. 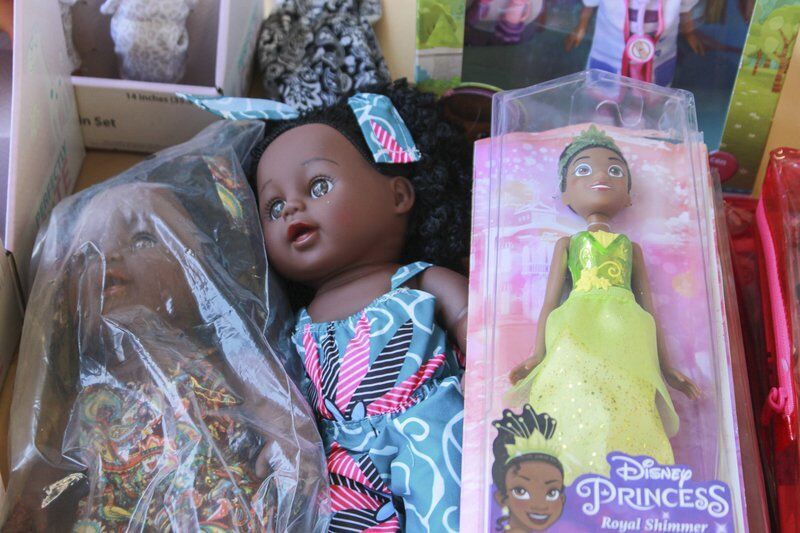 LANGSTON, Oklahoma – In the far corner of the market at Langston’s Juneteenth celebration, 8-year-old Layliana Carruthers worked a doll swap booth with a presence and confidence beyond her few years and small stature. She had a purpose: helping Black children like herself trade in white dolls for dolls that looked more like them.

It’s important “for Black girls to have Black Barbie dolls,” she said.

For many young Black girls, playing with white dolls makes it hard for them to see how they fit into the big picture. The stories children create while playing with toys translate to the larger stories they’ll participate in later, Langston University English professor Sonia Mae Brown said.

That’s why she decided to do something about that lack of representation during Langston’s Juneteenth celebration Saturday at T.G. Green Park.

“We believe representation matters and we realize that more white baby dolls are sold than Black baby dolls, just on average,” she said. “This is just an attempt to get Black baby dolls in young girls’ hands.”

Brown is a professor at the only historically Black University in Oklahoma, located in a historically All-Black town.

“When they’re young and they’re trying to learn about themselves and how they’re supposed to act ... that’s how we all learn about our culture,” Shellhammer said. “Having somebody or something that is similar to you to identify with is important with childhood development.”

Shellhammer also said diversity in dolls and toys shows children the differences in people and teaches them how to love and respect each other beyond the differences.

For Brown, representation in toy media matters because young Black children benefit from seeing themselves in stories.

“Unfortunately, for young Black girls who only play with white dolls, they sometimes they don’t see themselves as parts of the larger conversation because they could not imagine it as a child,” she said.

More than a dozen dolls were exchanged throughout the evening. Brown was inspired to do this project by experiences from her childhood.

“Growing up, there were very few baby dolls of color,” Brown said. “I just remember not having dolls that looked like me.”

Many of the dolls at the booth were donated by Brown’s family and by people from her church and neighborhood. Walmart also donated some dolls to the cause.

Brown collected a wide variety of Black dolls including some with prosthetic limbs, some without hair, some with vitiligo and some with a thicker body to encourage body positivity. Brown said doing this event opened her eyes to how important the issue is and how much still needs to be changed.

“It’s all of these varieties even within the variety,” she said. “It just tells you that the world is so diverse."

They plan to donate the white dolls that have been collected to Goodwill so other children can enjoy them.

Because so many dolls were donated, she plans to have the swaps in future events, including Guthrie's Juneteenth celebration.

“I’m just happy people can find the event a success,” she said. “Hopefully, we can do more collaborations next year.”