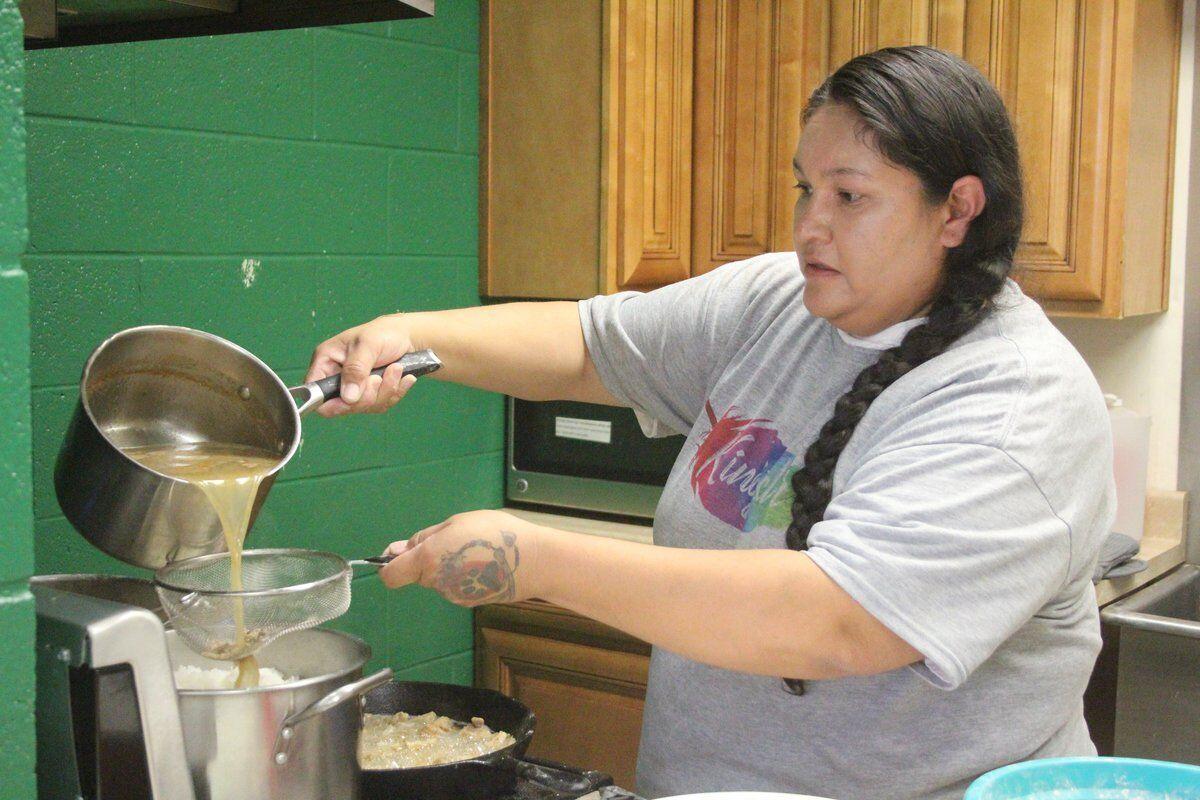 Charlotte Wolfe pours the liquid from boiled hickory nuts into a pot of rice, a dish known as kanuchi. 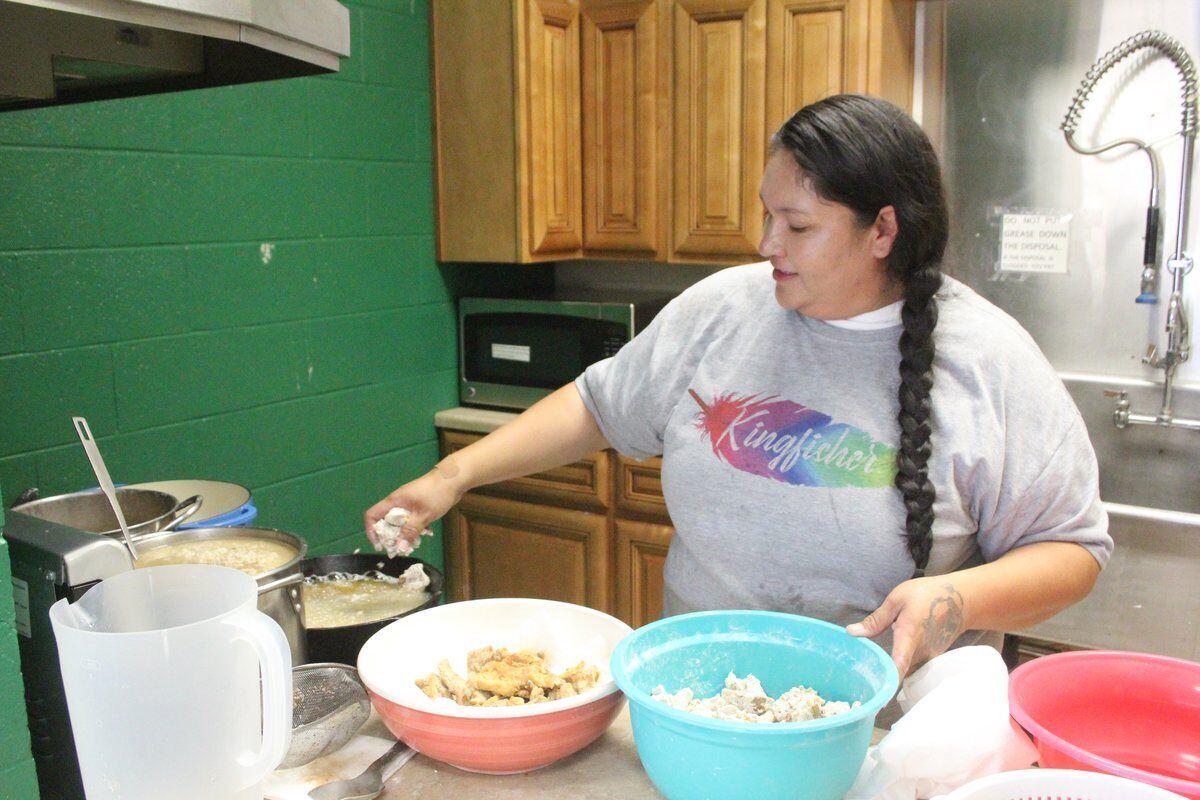 Charlotte Wolfe pours the liquid from boiled hickory nuts into a pot of rice, a dish known as kanuchi.

TAHLEQUAH, Oklahoma – Two Cherokee delicacies were on the menu at Northeastern State University’s Baptist Collegiate Ministry Nov. 18, when a tribal citizen demonstrated how to make wishi and kanuchi for Indian Heritage Month.

Charlotte Wolfe, a member of the United Keetoowah Band, brought two types of mushrooms to cook, including wishi and hickory chicken mushrooms. Both can be prepared various ways, but she showed observers how to fry the fungi, which can be found around this time of year.

“It’s seasonal, so right now, you’re going to want to get out and get some,” she said. “You only have a bout two to three weeks. When I gather them, I’ll find them out in the woods up against oak trees and different types of trees.”

On the 130-acre piece of land on which Wolfe lives, it’s not hard to find the mushrooms. She said it’s free food just waiting for the picking. But in the past, she’s asked permission to go on to someone’s property, or went “backloading” to find the sprouts.

“There’s a lot of different types of mushrooms. Confirm with an elder or someone who's been doing it who knows whether it’s going to be edible,” she said. “There are some that look like hickory chickens and some that look like wishi that are not edible. So make sure to do some research before you bring it on in to the kitchen.”

After Wolfe gathers the mushrooms, she lets them sit in warm salt water to rid them of any bugs or dirt. Once that’s done, she flips it over and tears the mushrooms up into little pieces. Then, she boils the mushrooms for about 20 to 30 minutes – enough so that it’s soft and tender.

“Once I do that, I drain it, let it cool off, and then it’s time to flour it,” she said. “You can season it as you like. Some people use salt; salt and pepper is my go to.”

Wolfe doesn’t use milk or eggs prior to dredging them in flour. Then she throws the mushrooms into her hot skillet of grease and lets them fry until the breading turns brown. She breads enough to fit inside her skillet and makes the wishi in batches.

Also included in the meal for students and guests was brown beans and ham, fry bread, and kanuchi, which she called “the real Cherokee delicacy.” Kanuchi is made with hickory nuts, which are crushed and thrown into a pot of water and boiled. Wolfe then uses a metal strainer to pour all the liquid into a pot of cooked rice.

“Traditionally, they would use hominy or dry corn. These days, that’s hard to find, so I’ve just stuck to rice. Whatever is left from kanuchi you can always put up in an icebox. A lot of people like to eat it with sugar. It’s kind of a sweet snack. Or I’ll eat it for breakfast.”

Indigenous cuisine has been passed down through generations of Native families. Wolfe said she learned how to make wishi by watching her mom, grandma and aunts cook in traditional settings. She said everyone prepares it differently, sort of like fry bread.

“Everybody likes to criticize or compare your fry bread to grandma’s,” she said. “Everybody likes to make fry bread differently, but in the end, it’s all the same. It’s still bread. So it’s just preference. There’s nothing like grandma’s cooking. I still miss it. If you’ve still got your grandmas out there and they’re still cooking, I encourage you to get in the kitchen with them.”