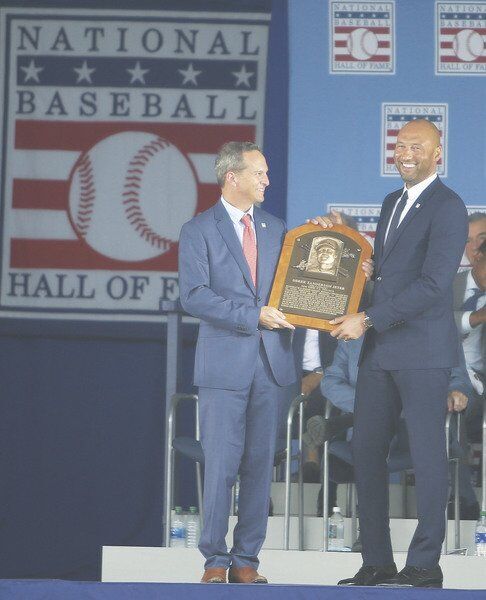 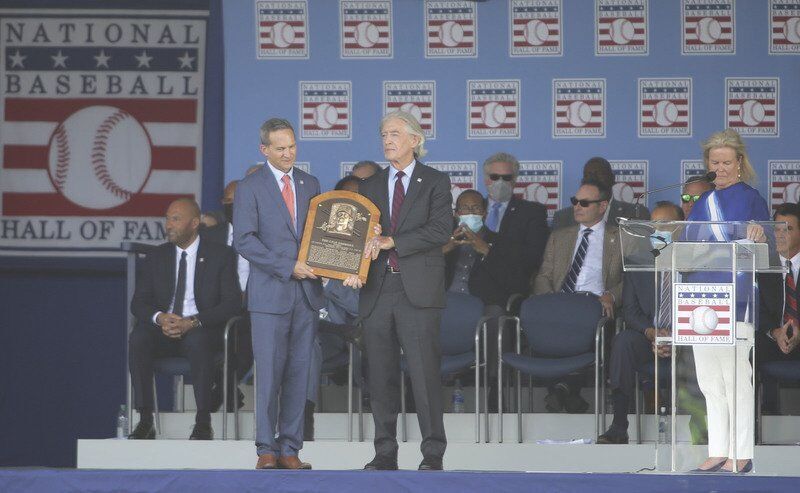 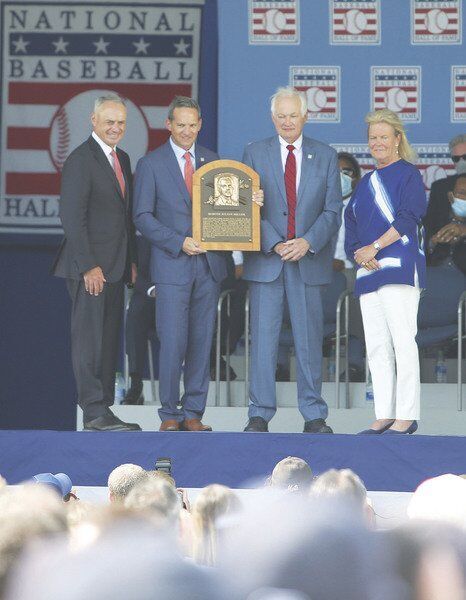 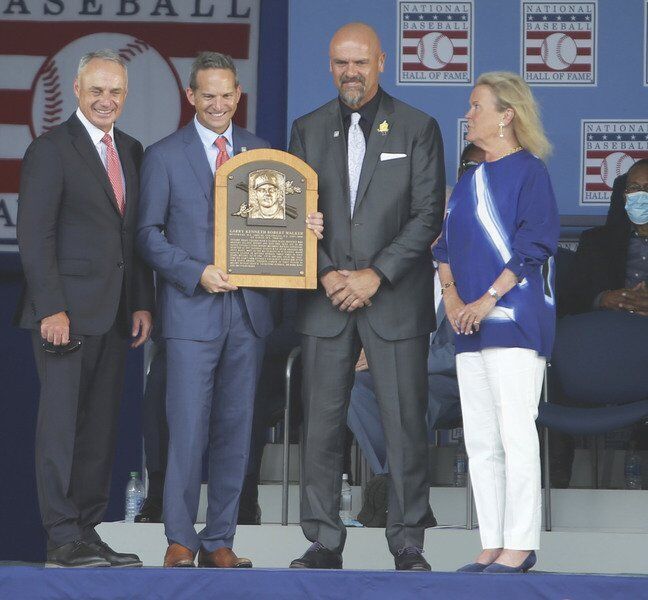 The National Baseball Hall of Fame Class of 2020 had to wait until the year 2021 to actually see their names enshrined in Cooperstown. But judging by their speeches and the roars of the thousands of baseball fans who made the trip to Wednesday’s ceremony, it was more than worth the wait.

The most common of those cheers by far was one that the 2020 class’ headlining member heard throughout his legendary career: “De-rek Je-ter! De-rek Je-ter!”

And as the former New York Yankees great took the podium, he couldn’t help but smile at the familiar sound.

“I forgot how good that sounds,” Jeter said.

Jeter, Marvin Miller, Ted Simmons, and Larry Walker joined the ranks of baseball’s immortals on Wednesday at a ceremony more than a year in the making.

Simmons was the first to speak, a fitting honor given how long he had to wait to see his ticket to Cooperstown get punched. After failing to get voted in by the Baseball Writers’ Association of America (BBWAA), the former St. Louis Cardinal, Milwaukee Brewer, and Atlanta Brave was finally voted in by the Veterans Committee.

"There are many roads to Cooperstown," Simmons said. "For some, it comes quickly. And for others, it takes a little time. For those like myself, the path is long. And even though my path fell on the longer side, I would not change a thing."

Simmons spoke about growing up in Michigan and idolizing the legendary Al Kaline (who was honored along with nine other Hall of Famers who had passed away since the 2019 ceremony). He also took the time to mention how honored he was to be in the same induction class as Miller, a man who did so much to advance the rights of major league players.

“Marvin Miller made so much possible for every major league player from my era to the present and the future,” Simmons said. “I could not be more proud to enter this great hall with this great man.”

Simmons closed his speech reflecting on the cyclical nature of the game and how it always seems to be changing, for better or worse.

"For those of you who are concerned that our game has changed, it has," he said. “Our game is fluid. Hitters will begin to defeat the defensive shifts, and the pendulum will shift back. The game evolves. It's just a matter of time."

Introducing the departed Miller was Donald Fehr, who, like Miller, served as the head of the Major League Baseball Players Association (MLBPA).

Fehr talked at length about Miller’s monumental impact on improving the rights of those who played the game. He spoke about how Miller viewed helping players as “the worthiest of causes”, how much pride he took in developing a players pension plan, and how no matter the situation, he always trusted the players.

Serving as the MLBPA’s executive director from 1966-1982, Miller turned the organization into one of the strongest unions in the country. He negotiated the league’s first collective bargaining agreement in 1968 and helped spur massive increases in player salaries.

"Baseball was not the same after your tenure as it was before,” Fehr said of his old friend. “It was and is much better for everyone. You brought out the best of us and you did us proud.”

Walker was the next man at the podium, and even though he was about to experience one of the most memorable moments of his life, he wanted to make sure he captured it for the record.

“If you don’t mind,” he said, proceeding to take out his phone and film the crowd. “I don’t want to forget this moment.”

With a handful of Canadian flags waving in the crowd, Walker acknowledged his background growing up in British Columbia and the honor of being the second Canadian player and first position player from north of the border to be inducted into the Hall of Fame.

The first man to hold that honor, Fergie Jenkins, was sitting just a few feet behind Walker on stage.

"I share this honor with every Canadian," Walker said. "And I hope for all you Canadian kids out there that have dreams of playing in the big leagues that seeing me here today gives you another reason to go after those dreams."

Like most Canadian boys, Walker’s primary sport in his younger years was hockey. But after realizing that sport held no future for him, he turned his attention to the diamond. Despite having much less experience playing the game than most major leaguers, it didn’t take long for Walker to establish himself as one of the game’s greatest all-around players.

After six successful seasons playing for the Montreal Expos, Walker became a full-fledged superstar with the Colorado Rockies. He would win three batting titles, a home run title, and the 1997 National League MVP Award. He retired as the only player in history with at least a .310 batting average (.313), 300 home runs (383), and 200 stolen bases (230).

Despite those incredible accomplishments, Walker exuded nothing but humility in his speech.

"I've never considered myself a Hall of Famer at anything," he said. "Not a thing. I honestly see myself as an average guy. I've lived my life trying to never get too high or too low. But to stand on this stage and tell you I'm feeling average would be a complete lie. My feet have not touched the ground all day."

Last but certainly not least was Jeter, who stood at the podium and looked out at a crowd that featured countless fans wearing articles of clothing with his iconic number 2 on them.

Some of Jeter’s fondest words were reserved for the Yankee faithful both in attendance and throughout the world.

"You can't be fooled," he said of New York’s fanbase. "You're passionate, you're loyal, knowledgeable, vocal, challenging and supporting. There's a huge responsibility that comes with wearing a Yankee uniform. You have to earn it. Every single day, I felt I was representing you and all of New York. I did that in the best way I know how. You kept pushing me to prove it over and over again."

The former Yankee captain did more than almost anyone in the franchise’s storied history in bringing it even more glory. The 1996 American League Rookie of the Year began his career with a World Series victory in his first season and would help the Bronx Bombers win four more titles in his career.

Even more memorable, though, was the way he played the game, a characteristic he credited his parents with instilling in him.

"Both of you convinced me I could achieve anything if I set my mind to it," he said. "You taught me to prove people wrong. To this day, I remember every time I was doubted. It's what still drives me today."

Jeter ended his speech, and the afternoon, with some words of wisdom for the current crop of MLB players about how important it is to honor the game’s legacy.

"The one common thread with all of us on this stage is we understand there's no one individual bigger than the game,” he said. “So take care of it, protect it, respect it and don't take the time you have playing the game for granted. It's more than just a game."