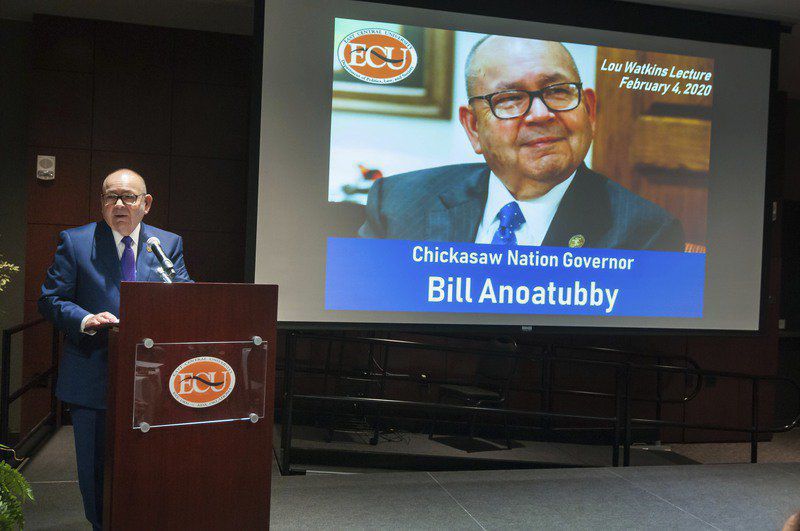 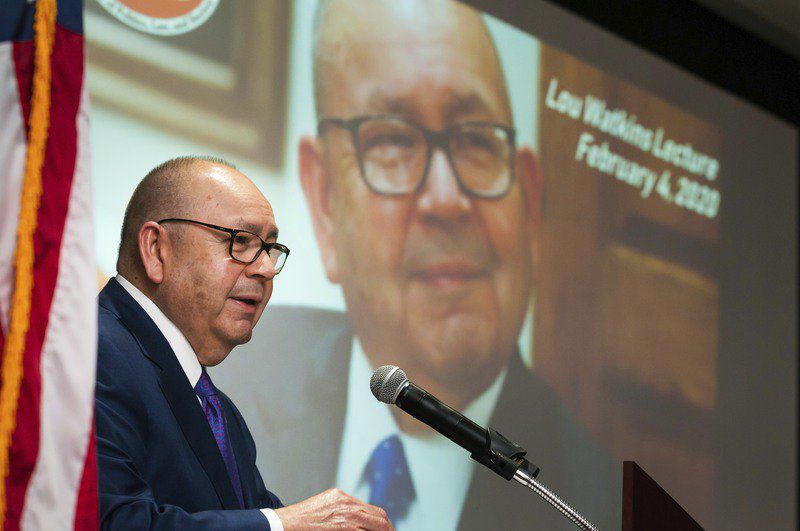 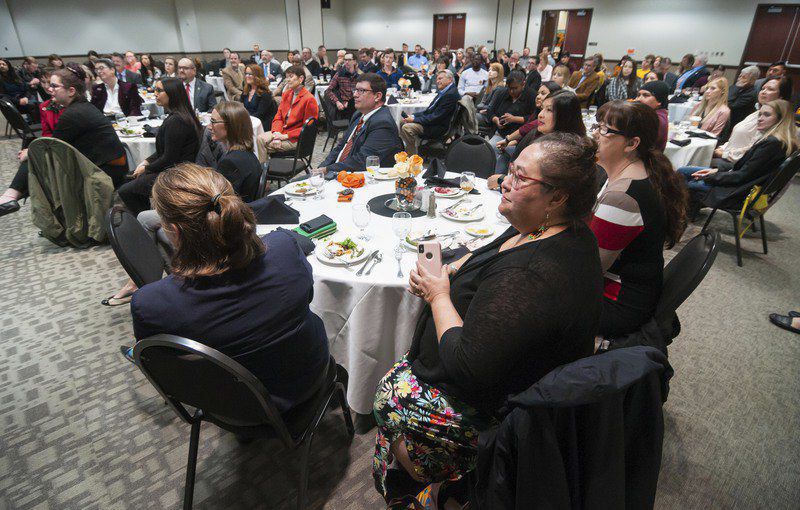 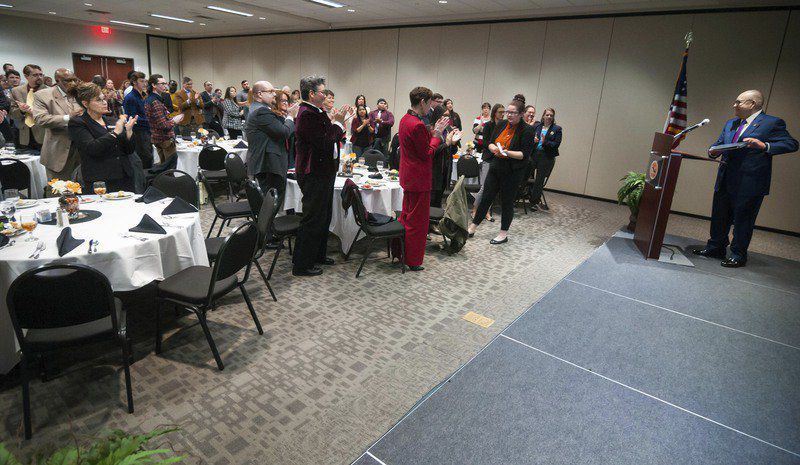 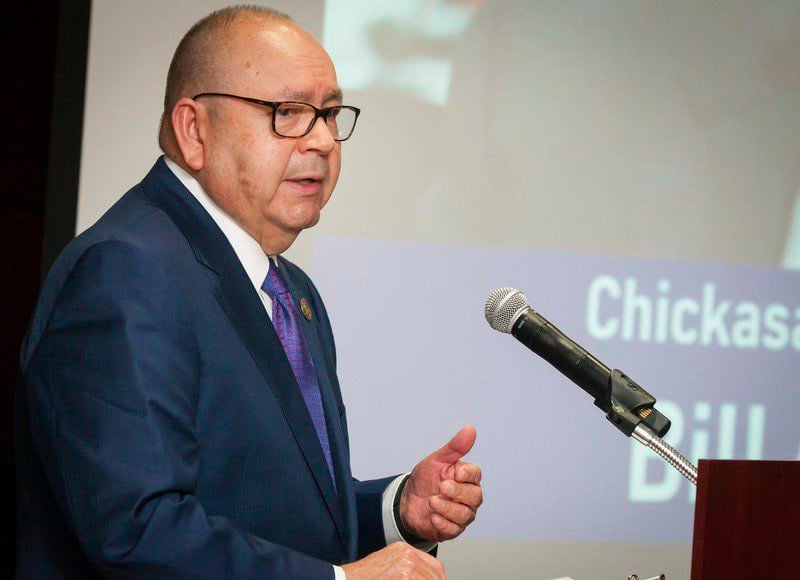 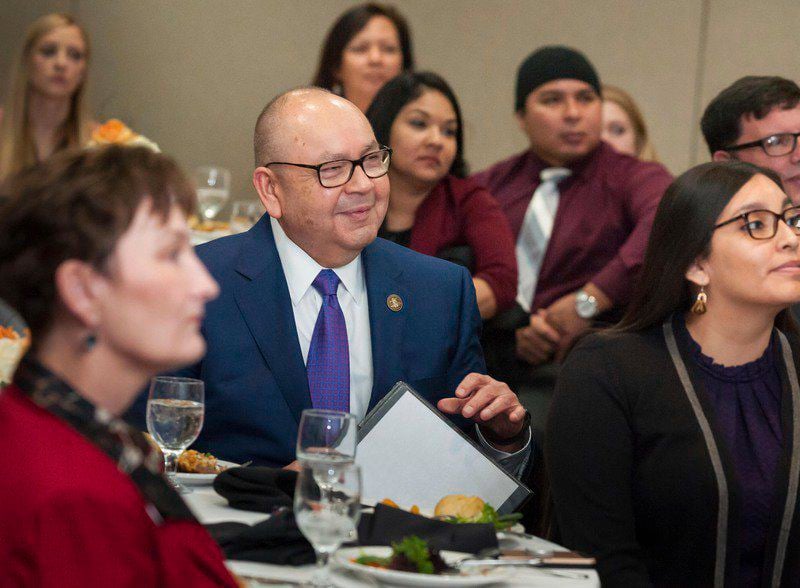 ADA, Okla. – A battle over gaming compacts between Oklahoma Gov. Kevin Stitt and Native American tribes in that state centers on whether the agreements renew automatically, not whether the state should get a bigger cut of casino revenues, the Chickasaw Nation chief said last week.

Gov. Bill Anoatubby is among the top leaders of 35 tribes who say the compacts renewed automatically. Stitt disagrees, saying the compacts expired Jan. 1, and wants the tribes – which now pay between 3 and 10 percent in exclusivity fees – to pony up 25 percent.

“It’s very important that renewal be acknowledged before we can move on to these other issues,” Anoatubby said.

He discussed the dispute during a lecture at East Central University.

Stitt also contends tribally owned casinos that allow Class III gaming – which includes features like roulette and craps – are now operating illegally. But the Chickasaw Nation and other tribes argue the compact renews automatically as long as certain conditions are met.

Anoatubby said tribal leaders were shocked when they received a letter from Stitt’s office in July, indicating he wanted to overhaul the gaming compacts.

“It was not just about the fact that he wanted to actually start over, toss the compact out and do another one,” Anoatubby said. “But the tone of the letter — the tribes felt disrespected by it. We must be on the same page.”

The compacts authorize tribes to offer gaming in exchange for paying the state exclusivity fees. Stitt has threatened to open the market to non-tribal gambling outfits. Gaming officials have estimated the state has taken in more than $1.5 billion in gaming fees over the past 15 years.

Stitt has said he is willing to extend the compacts for another 15 years, but he insists the tribes should pay more, and he wants new language in the compacts that spells out what will happen the next time they are up for renewal.

Tribal leaders have indicated they are willing to negotiate, after Stitt admits the compacts renewed automatically.

“We have to have a compact before we can do rates,” Anoatubby said. “That’s the bottom line.”

The Cherokee, Chickasaw and Choctaw nations recently took Stitt to court, asking a federal judge to resolve the renewal issue in the tribes’ favor. Stitt’s office filed a response, asking the judge to declare the compacts ended Jan. 1 and bar the tribes from continuing to offer Class III gaming.

Anoatubby said the lawsuit is pending, and he does not know when the court will issue a ruling.

“We would like to have an answer next week, but it won’t happen," he said.