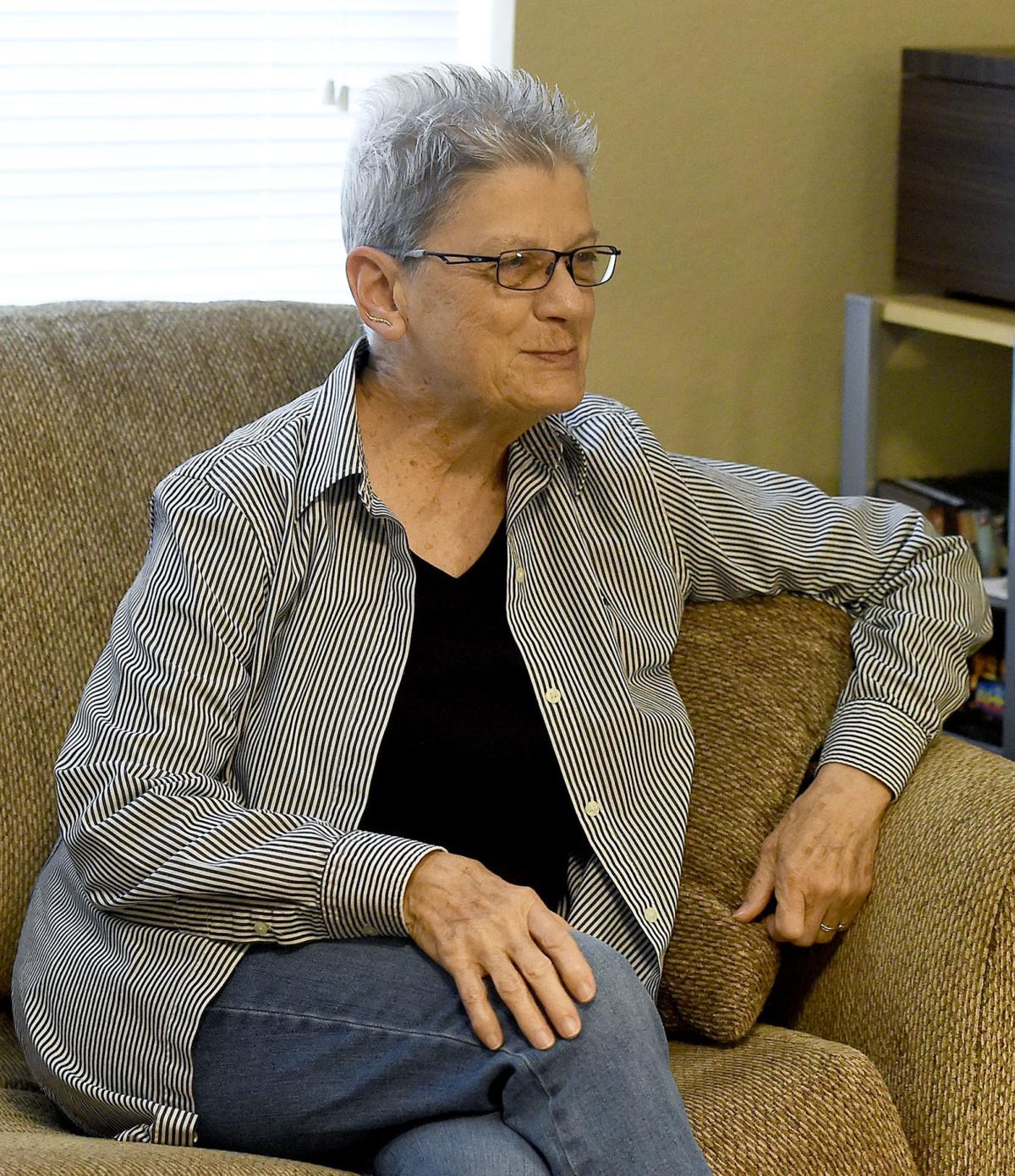 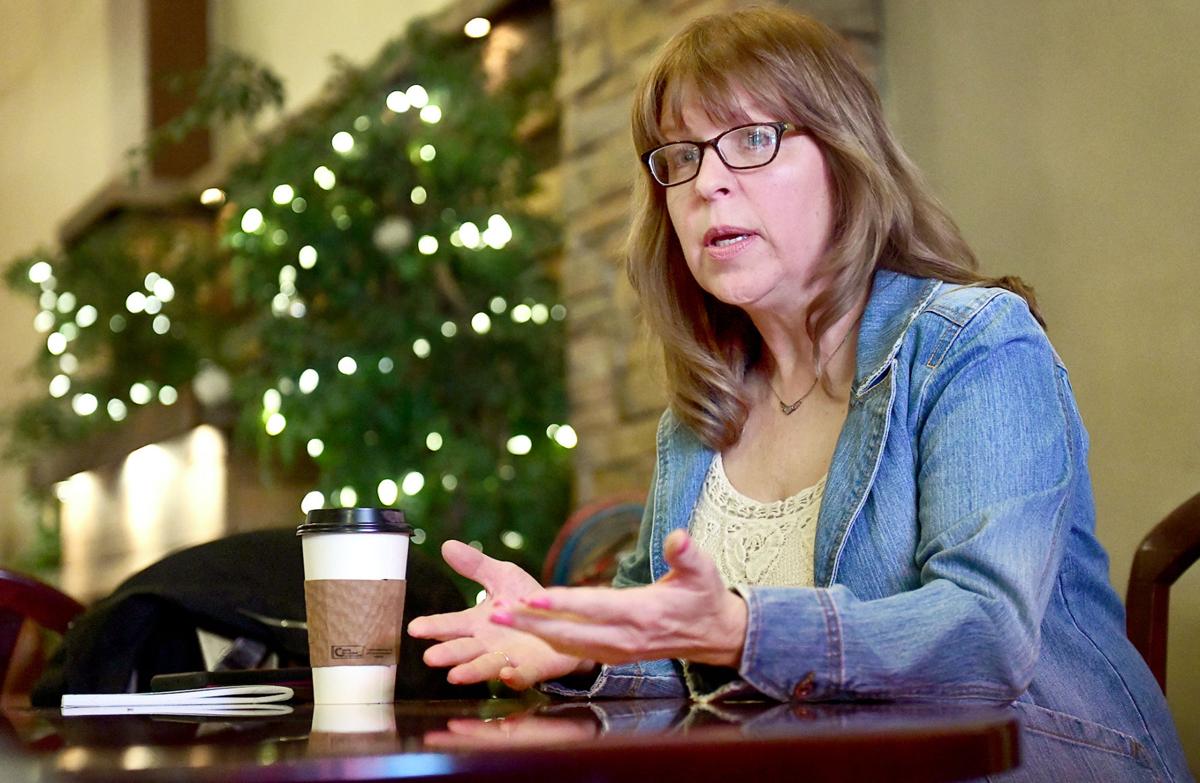 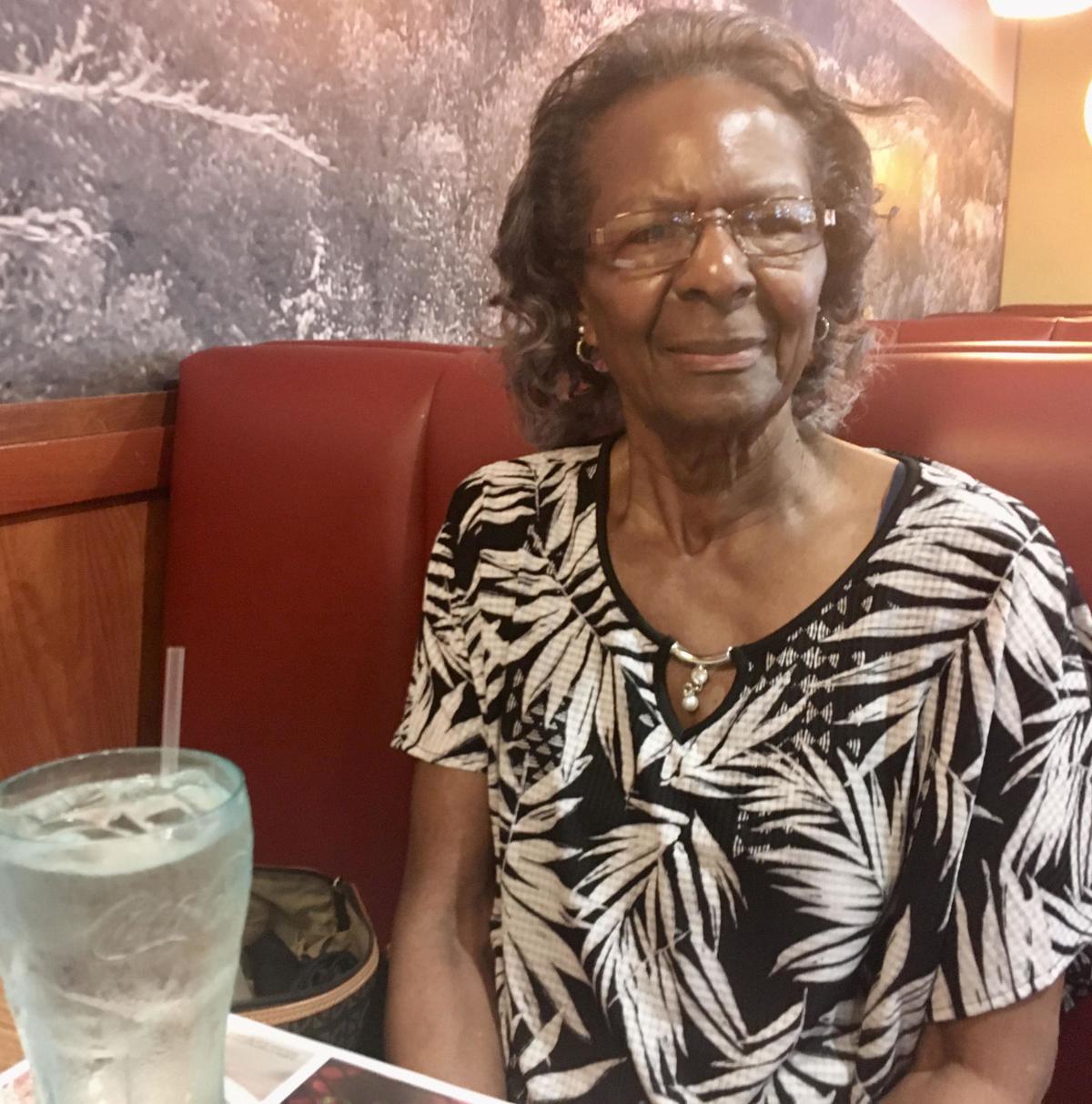 Clara Page of Palestine, Texas, wants health care expanded to everybody without insurance. 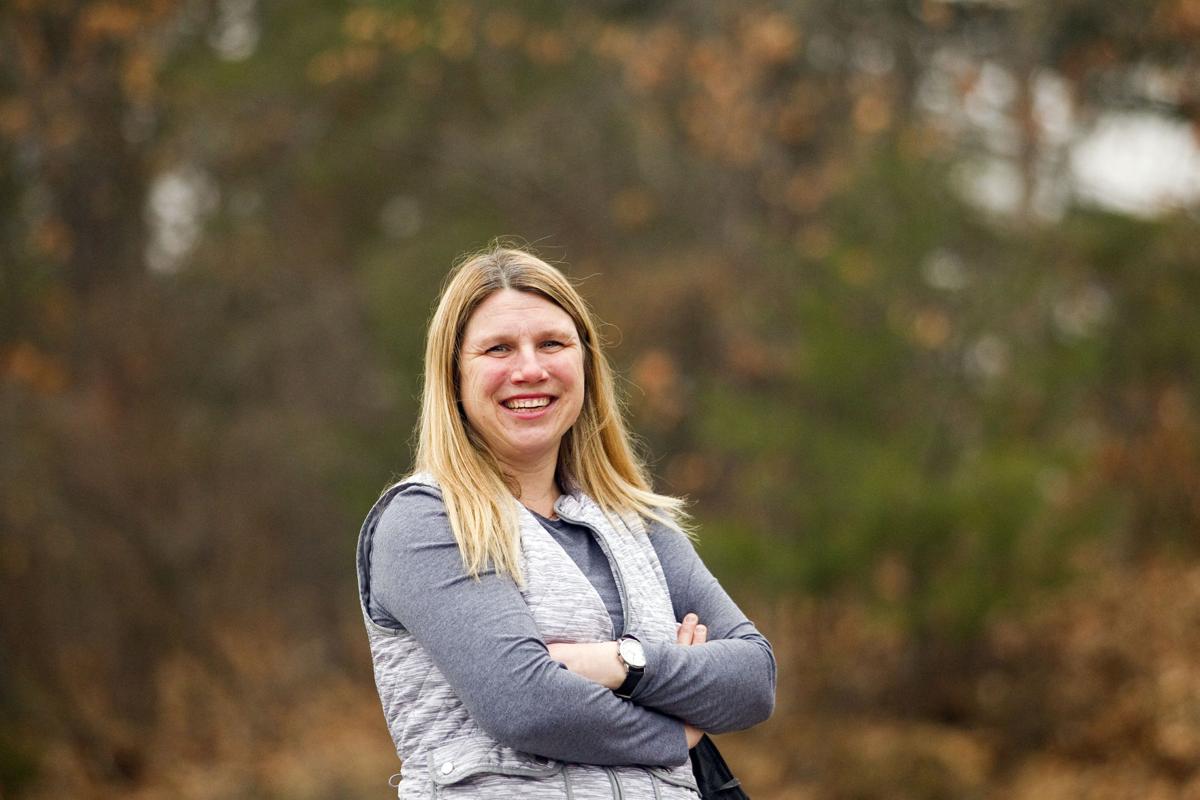 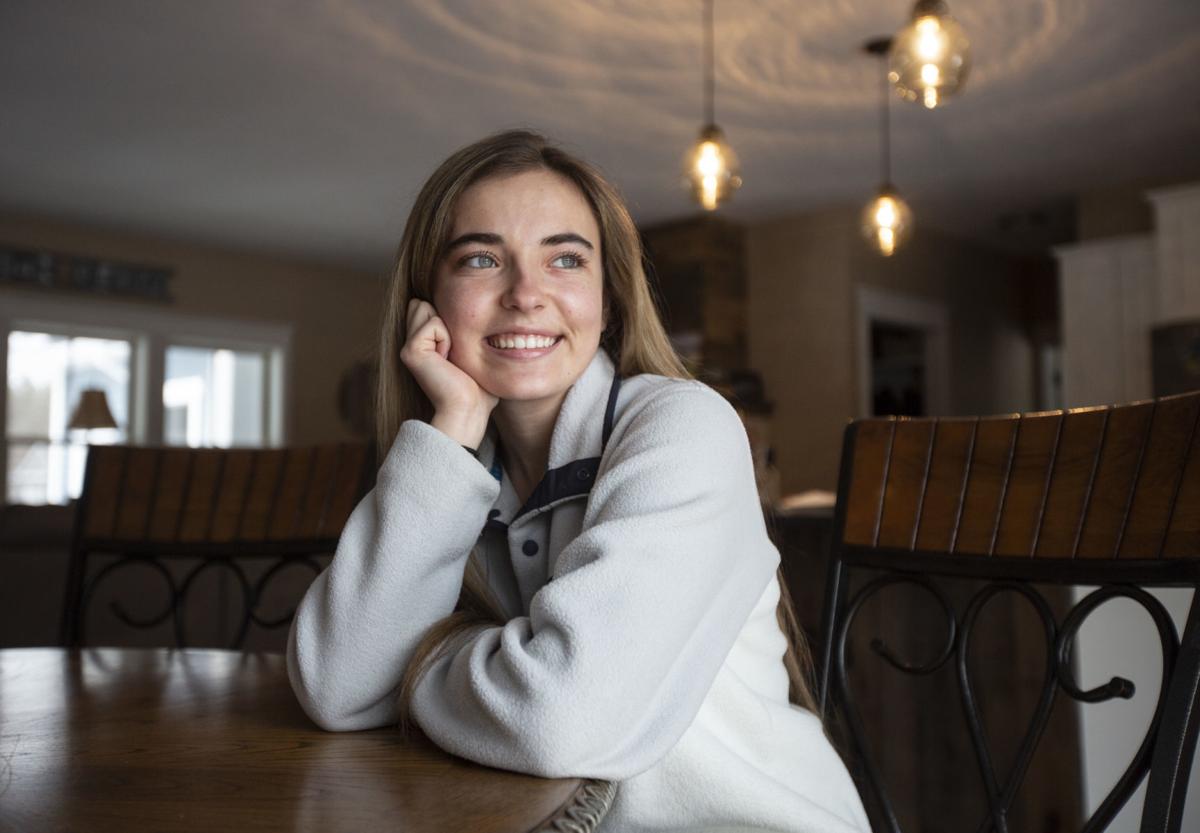 Lark Jankewicz, high school senior in rural Kingsley, Michigan, who can vote of the first time, lists free college as her top priority. 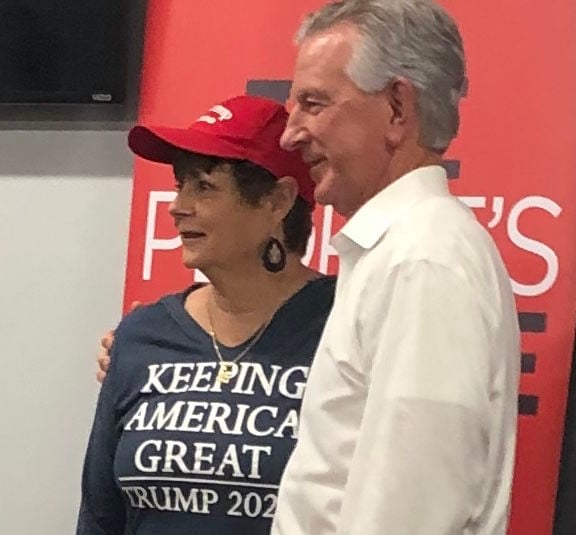 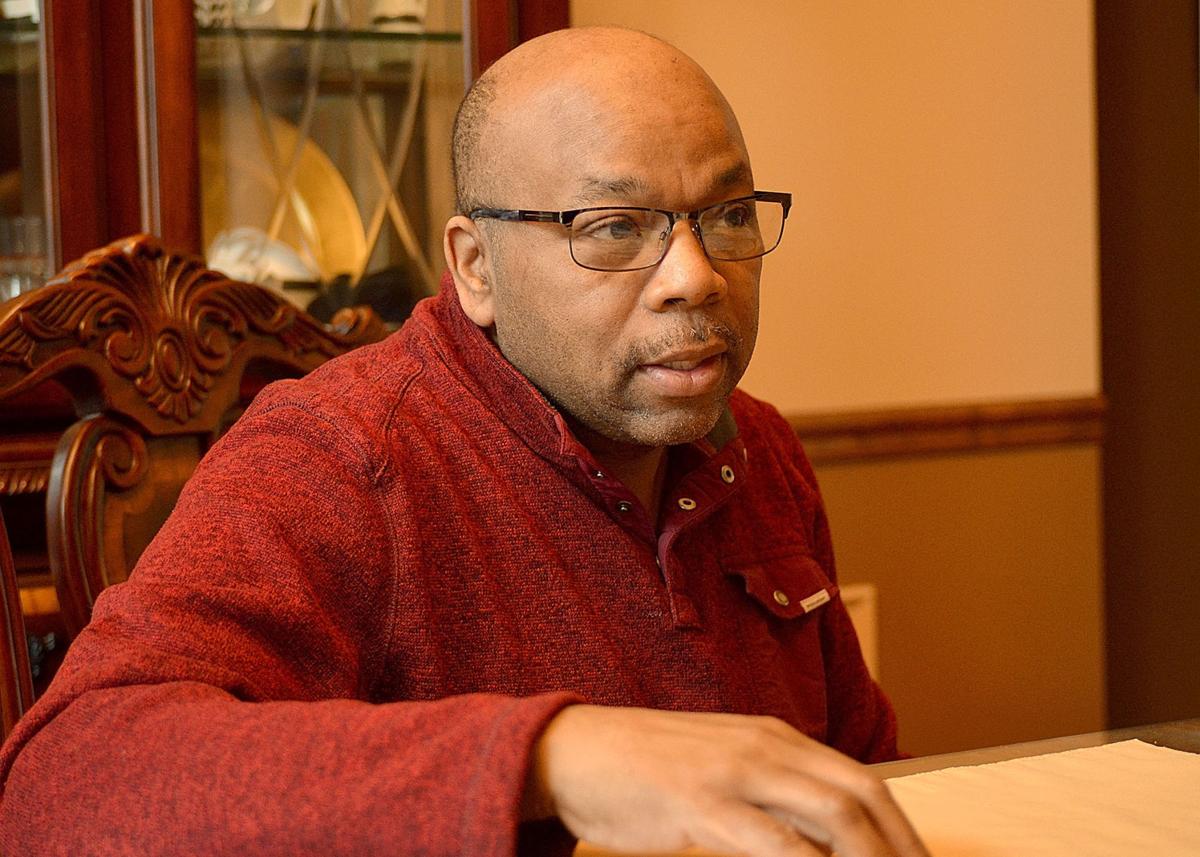 Maynard Lewis Sr. of Terre Haute, Indiana, shares how he came to vote for Republican presidential candidates since Ronald Reagan in 1984. 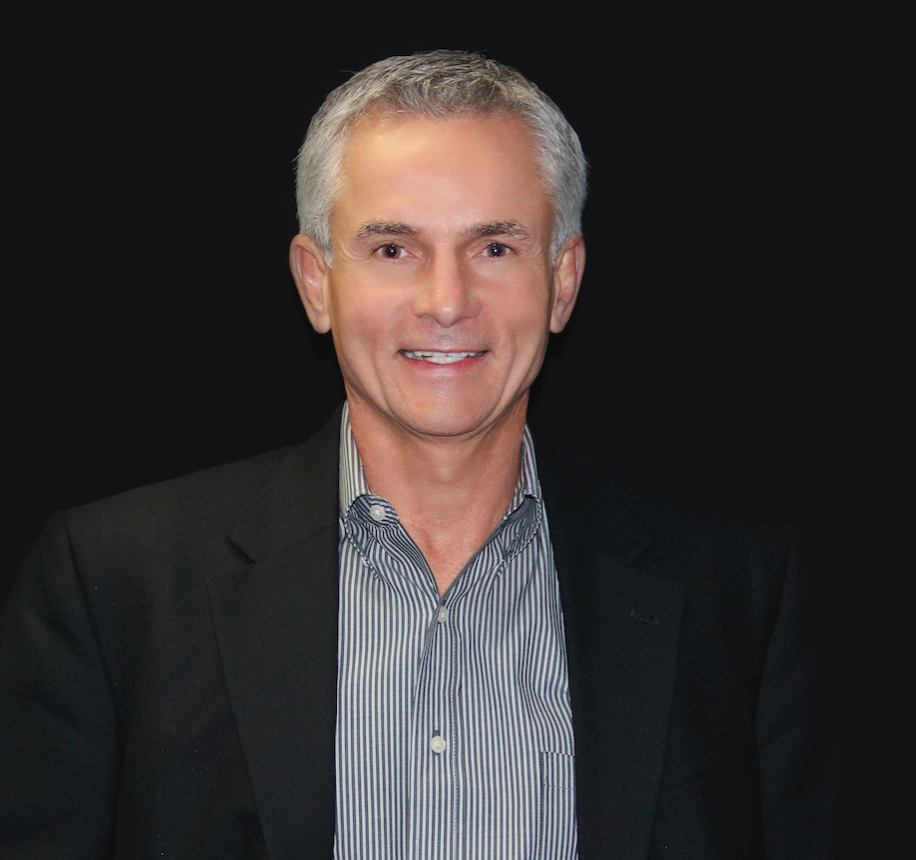 Gary Rogers, pastor of the Grand Assembly of God Church, in Chickasha, Oklahoma, supports President Trump for his pro-life stance and support of the Christian faith. 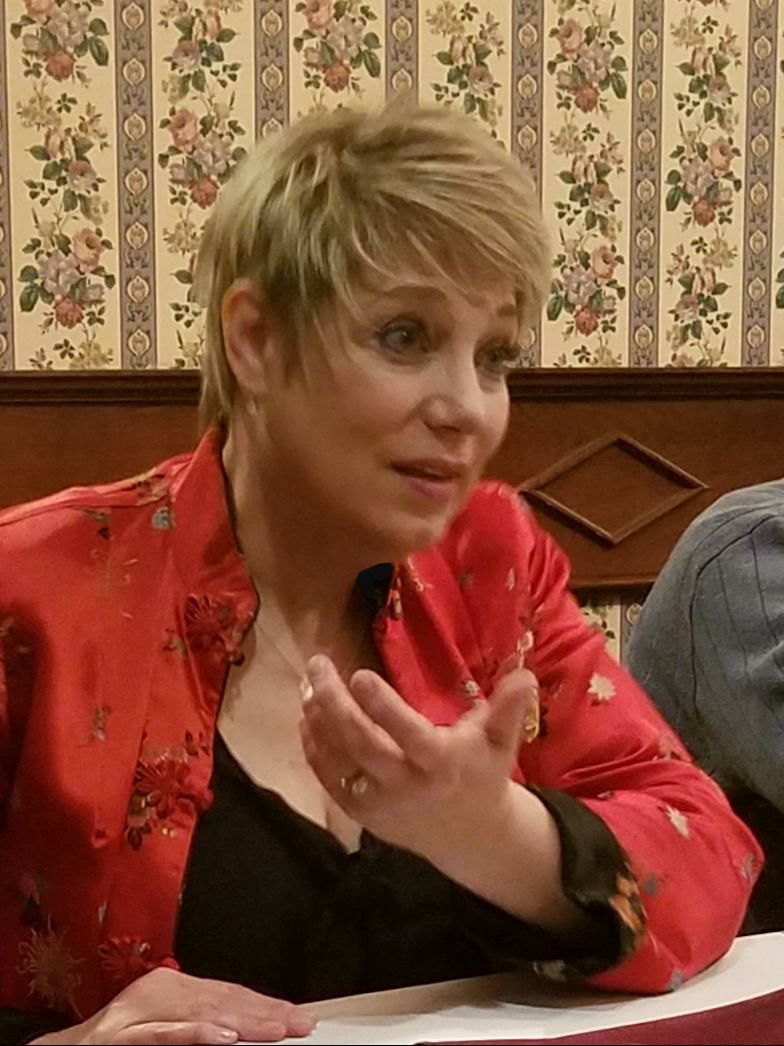 Kimberly Eaton of Middleburg, Pennsylvania, is a Bernie Sanders fan, but says she will support Joe Biden if he advocates a progressive platform.

Health care dominated political dialogue leading up to the coronavirus crisis this month and if voters in the nation’s heartland are an accurate yardstick, the struggle over the best way to provide it will escalate on the road to November's election.

Voters differ widely on how to ensure accessible and affordable quality care.

That’s the sense based on interviews with scores of voters by CNHI newspapers in the Midwest, Rust Belt and Southern states over the last three months for the news group’s periodic “Pulse of the Voters” 2020 election project.

“We should not be doing away with a plan that provides millions of Americans with solid health insurance,” said Doris Conyers, 76, a retired school teacher and administrator from Webb City, Missouri.

“That’s how America works,” said Lord, an Air Force veteran. “That’s what the best thing about America is; we’re the solution finders.”

“Health care is the biggest issue facing voters,” she said. “Cost and quality both cause concern, as does the availability of emergency room treatment. Health care should be available to all, regardless of whether people have insurance.”

Janet Beebe of Rapid City, Michigan, a stay-at-home mom, said home sheltering orders during the coronavirus crisis underscore the need for affordable child care. She said the latest data shows monthly child care costs in the U.S. average between $800 and $1,230.

“We have one of the best health care systems out there,” she said. “But it has flaws.”

The Affordable Care Act, commonly known as Obamacare, remains center stage as the presidential and congressional campaigns wobble amidst the coronavirus calamity.

CNHI papers asked voters a series of issue questions in an unscientific, online survey from Feb. 14 to March 10, just before the coronavirus outbreak began to dominate American life.

Health care rated among the most important issue facing the country. More than 46 percent of the respondents favored repeal and replacement of Obamacare over reform and expansion of it.

That embrace of the Republican position on health care ran contrary to the 2018 mid-term elections when Democrats capitalized on President Donald Trump’s resistance to Obamacare, gaining 41 seats to become the majority party in the U.S. House.

Democrat presidential candidates have proposed aggressive expansion of health care to cover the 30 million Americans who the federal Centers for Disease Control and Prevention report currently do not have health insurance.

Trump favors repeal and replacement of Obamacaare but promises to retain its most popular feature, protections for preexisting medical conditions. Democrats insist Republicans want to do away with the provision. It currently covers an estimated 52 million Americans under the age of 65, according to the Kaiser Family Foundation.

While health care rated high among issues in the CNHI online survey, immigration polled as the most important problem facing the country. Voter interviews reflected the passions of those who seek tight immigrant entry controls and those who prefer relaxed restrictions on refugees.

Maynard Lewis Sr., 62, of Terre Haute, Indiana, said he considers himself a Democrat but he’s voted for every Republican nominee for president since Ronald Reagan. He plans to cast his ballot a second time for Trump, in part, because of his hardline immigration policies.

He said he supports securing the U.S.-Mexican border to prevent illegal entry into the country. He said opposition is the result of people leaning toward a “one-world government” concept. “But,” he added, “Mr. Trump has gotten in their way.”

That attitude doesn’t sit well with Carole Lynn King of Joplin. She said the building of a border wall is a slap in the face to every person who has immigrated to America over the years.

“As a nation of immigrants, there is a calling upon us to act generously toward those who come to us, fleeing from oppression and seeking safety, and not throw up walls and separate families,” said King. “America must shelter and protect those who have nowhere else to turn.”

Trump appears to remain popular in rural cities and towns of the solidly red states in middle America, more for his policies on immigration, economic programs and guns than his impromptu governance style and peppery tweets.

Yet national polls show the four crucial swing states – Michigan, Ohio, Pennsylvania and Wisconsin – are in play seven months before the next election.  In 2016, they each went for Trump, giving him the margin he needed to win the Electoral College vote.

It is all but official former Vice President Joe Biden will be the Democrat presidential candidate. He ran up a 300-plus delegate lead over Sen. Bernie Sanders before the coronavirus pandemic delayed spring primaries.

Biden says he’s working hard to put the four industrial states in his camp this time, appealing directly to blue collar and farmland voters that deserted the Democrats in 2016.

Kimberly Eaton of Middleburg, Pennsylvania, says she’s a progressive Democrat who is disappointed with Sanders’ fading campaign. She will vote for Biden but he “had better take notice of what the ‘Berners’ want of him: no straddling the line on the subjects of health care or climate.”

Getting out the vote

Democrats are counting on the throngs of young voters who support Sanders to bring energy to Biden’s campaign. Many sat on their hands when Sanders lost the Democratic presidential nomination to Hillary Clinton four years ago.

Lark Jankewicz is a high school senior in the village of Kingsley in rural northwest Michigan. She’s eligible to vote for the first time and yet she’s not sure she will do so. She’s not fond of any of the candidates, including Trump. Free college tops her issues list.

“A lot of my friends and I have that conversation about how much free college could help,” said Jankewicz. “It’s scary thinking about having to be an actual adult.”

In contrast, 86-year-old L.O. Spray of Woodward, Oklahoma, considers voting a patriotic duty. He switched his registration from Democrat to Republican in 2016 to vote for Trump, but has since re-enrolled as a Democrat in anticipation of voting for Biden.

His reason: The state of the nation is not good.

“We’re in the worst shape we’ve ever been in,” said Spray. “We’re split, divided. We’re in a bad way. People really need to pay attention to what is going on, and need to get out and vote.”

Patrick Lewis, 63, a retired civil engineer from Effingham, Illinois, says he’s been a conservative Republican all his life and is also unhappy with the country’s direction.

“With the election of Donald Trump, this country has become very polarized along political, religious, socioeconomic and ethnic lines,” he said. “Sadly, he has used his position to grant people permission to disparage and insult others, which is detrimental to our country and our democracy.”

Denice Hand of Cullman, Alabama, dismissed criticism of Trump while waiting for Tommy Tuberville, the former Auburn football coach, to make a local campaign appearance in his bid for the Republican U.S. Senate nomination in Alabama.

Hand said she wasn’t all that interested in politics until Trump ran for president as a non-politician. “He was speaking exactly the way that I felt about all the issues going on in America,” she said. “I’m sick of politicians.”

She added: “I don’t think the media will ever stop being against him. They started off with Russia, then it was the (Brett) Kavanaugh (Supreme Court) nomination, and then they bashed him about the borders. No (other) president has stood up and done exactly what he said he was going to do.”

Not just the White House

William Conn, 37, is a public school teacher and a Democrat in rural Whitley County, Kentucky. He noted voters will also pick 435 members of the U.S. House and 35 members of the Senate in November. Among those on the ballot in Kentucky is Republican Majority Leader Sen. Mitch McConnell.

“Mitch McConnell has had over 35 years” in the Senate, said Conn. “And we still have some of the poorest counties in the U.S.”

Amy McGrath, a former Marine fighter pilot, is expected to win the Democratic Senate primary, delayed from May 19 to June 23, for the right to face McConnell. She has already raised more than $10 million toward that end.

Gary Rogers and Sherri Lambert of Chickasha, Oklahoma, are on the opposite sides of the political divide. They are heartland examples of cleaved voter attitudes.

Rogers is pastor of the Grand Assembly of God Church. He holds dear Trump’s pro-life stance, his attendance at the National Day of Prayer and his support of the Christian faith.

Lambert shares the same faith as Rogers but believes the president’s action don’t line up with Christian values.

Her response to Christians who support Trump is “you do? He puts kids in cages and he doesn’t care and he takes Meals on Wheels away from the elderly and he doesn’t care. He does all these things that are anti-Jesus and you don’t care. That scares me.”

Bill Ketter is the senior vice president for CNHI. Contact him at wketter@cnhi.com.