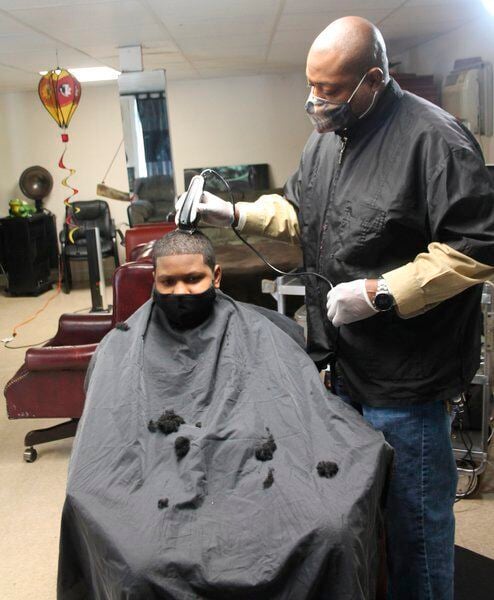 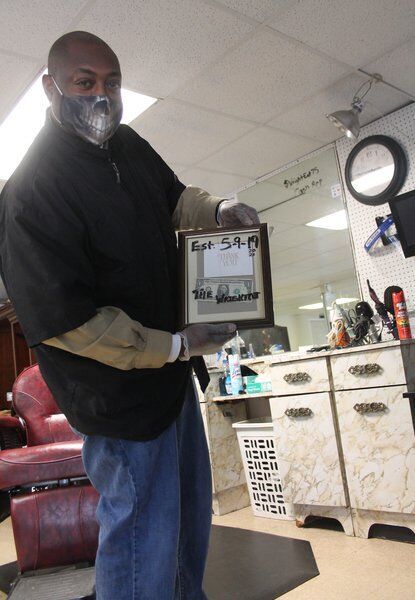 Terry Richards | The Valdosta Daily TimesAntonio Wright shows off the first dollar he ever made at his own barber shop. 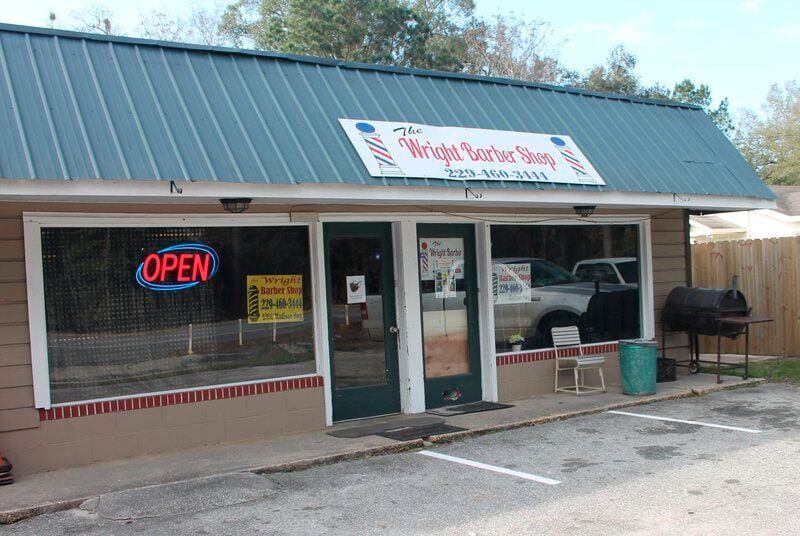 Terry Richards | The Valdosta Daily TimesAntonio Wright shows off the first dollar he ever made at his own barber shop.

“People can think ‘I can get my hair cut now,’ but they’ve got to follow the protocol,” he said.

Wright opened his barber shop at its current location — a storefront in this small South Georgia town just a few miles north of the Florida state line — last year – just in time to shut it down due to the COVID-19 pandemic.

Wright has been cutting hair since he was 16 years old and worked in a number of barber shops and salons.

In early 2020, he was living in Clyattville and was a partner in a shop there when he and his business partner decided to go their separate ways.

He spent a month getting equipment sorted out to run his business alone. Then, his landlord decided not to renew the shop’s lease, Wright said.

Just a few days later, the owner of a nearby thrift shop offered him space in her building.

“I already had my clientele built up, so I started cutting hair (in the new location) in March,” he said.

Then the bottom fell out.

Even though Kemp eased the shutdown on April 23, saying some salons and barber shops could reopen if protective measures were put in place, not all business owners felt comfortable with getting back in business yet.

On top of everything else, Wright ran into trouble getting government help. The federal government offered assistance to small business owners through the Paycheck Protection Program, intended to help small firms survive the pandemic, but by the time Wright could get the paperwork together, all of the program’s money was gone, he said.

In the end, it was September before he could reopen the shop.

Even now, COVID-19 affects his business. His cost of operating the shop has gone up because of all the protective gear he has to buy.

Still, Wright is trying to make a go of things. He has a stylist working with him now, and though he has moved his home elsewhere, he kept his shop in Clyattville.

“I’ve become part of the community,” he said.

Framed on the wall like a good luck charm is the first dollar bill he ever earned at his own shop.

“People may say the prices are a little high, but I tell them, ‘I’ve got to keep the lights on and my family fed,’" Wright said.

Terry Richards is senior reporter at The Valdosta Daily Times.