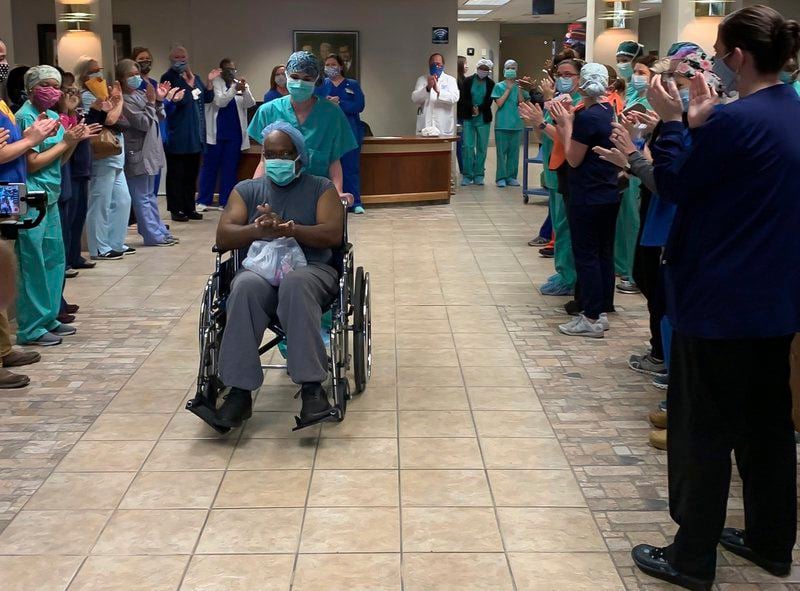 Staff at Rush Foundation Hospital cheer as Michael Mayfield is disharged on April 28. Mayfield recovered after being hospitalized for COVID-19. 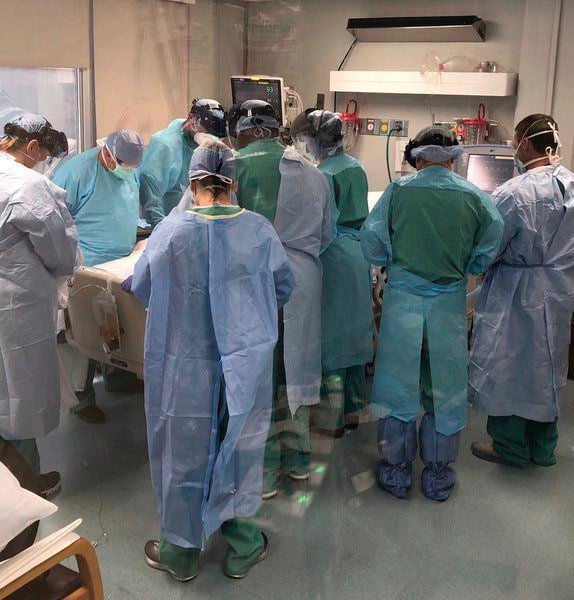 Rush Foundation Hospital staff pray over Michael Mayfield, who recovered after being hospitalized for COVID-19. 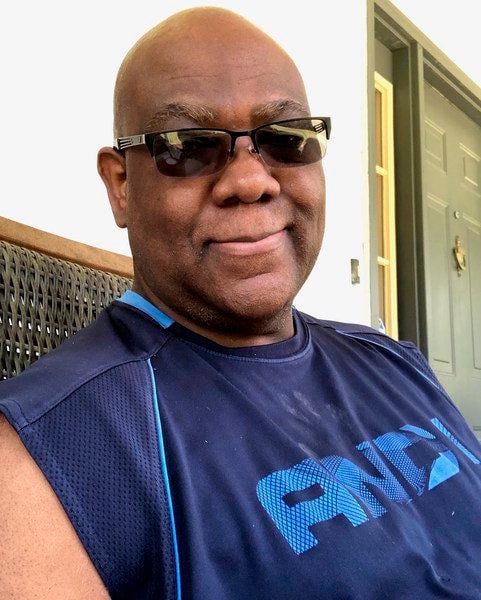 Michael Mayfield, a supervisor in respiratory therapy at Rush Foundation Hospital, recovered after being hospitalized for COVID-19.

MERIDIAN, Miss. – The video shows a man in a wheelchair, coming off an elevator into a lobby erupting in applause.

Dozens of healthcare workers in masks cheer him on as a nurse pushes his chair toward the exit of Rush Foundation Hospital in Meridian.

A woman in pink scrubs holds a sign that reads, “God is good.”

The patient had been at the hospital for 17 days – nine of them on a ventilator – battling COVID-19.

He’d lost 35 pounds and hadn’t seen his family in weeks.

His name was Michael Mayfield and he was well aware of how his outcome could have been different, as a supervisor in respiratory therapy who had been at Rush for 35 years.

Among those celebrating his recovery were colleagues with whom he had worked every day, up until April 3, when Mayfield said he began to feel feverish near the end of his shift, and went home.

Over the next few days, Mayfield said he was tested for COVID-19 and regularly checked his temperature and oxygen saturation levels from home.

“I noticed that my oxygen saturation was dropping ... to 86 and 85 percent during the night, so that was well below acceptable,” Mayfield said.

The next day, April 12, his wife drove him to Rush.

Mayfield was in isolation on IVs and a machine to help him breathe.

A scan of his chest showed double pneumonia, he said.

“I was afraid to go to sleep because I didn’t think I was going to wake back up,” Mayfield said. “I had so much fluid in my lungs and felt like I was drowning. It was that bad.”

Mayfield, 56, who had helped care for COVID-19 patients and was experienced in weaning patients off ventilators, would have to go on one himself.

“He went down fairly quickly,” Swift said. “That was what made it so scary because in other people that we had seen that went down that quickly, to date, they were not doing well. They were not surviving.”

“I can’t imagine the emotions that he was feeling at that point in time,” Grondin said. “Knowing everything he does from a respiratory therapy background, it had to be tremendously scary for him.”

At the time that Mayfield began to show symptoms, it had been about only a week since Rush confirmed its first positive case of COVID-19.

There was still little guidance from medical societies and regulatory boards for COVID-19 patient care, according to Grondin.

The team was giving Mayfield high amounts of oxygen, but couldn’t do so for long without harming him, Swift said.

They decided to try prone ventilation, a therapy that the doctors said had been successful in some of their colleagues' patients, in which Mayfield would be turned onto his stomach.

It had not yet been used with a patient at Rush, Grondin said.

Part of the theory behind it, he said, is to deliver oxygen to areas of the lungs that may not have been getting enough.

A photo taken before the procedure shows the ICU team praying over Mayfield.

As soon as he was in the prone position, Mayfield improved “essentially immediately” and the team was able to rapidly decrease the oxygen on the ventilator, Grondin said.

“That was a great moment for our team and for everyone involved,” Swift said. “Mike’s like a family member, a part of this big team that we work together daily, so it’s like pulling for your brother in that situation.”

Mayfield was discharged on April 28, the day of that celebratory sendoff by his coworkers that was captured on video.

“I’m not an emotional person,” he said, laughing. “I felt a tear coming down, but I really didn’t care. It was an awesome moment because really, there were days I was laying there in which I couldn’t even lift my hands up. I couldn’t hold a cup of water … There were days I wasn’t sure if it was going to work out that way.”

Home from the hospital, Mayfield was walking again, but he was still battling a cough this week.

He said he had no doubt his care team’s decision to try prone ventilation therapy saved his life.

“They were all awesome,” Mayfield said, of his family, friends, nurses and doctors. “That’s probably the reason I made it through this thing.”

Erin Kelly is a reporter for The Meridian Star in Meridian, Mississippi. Email ekelly@themeridianstar.com.