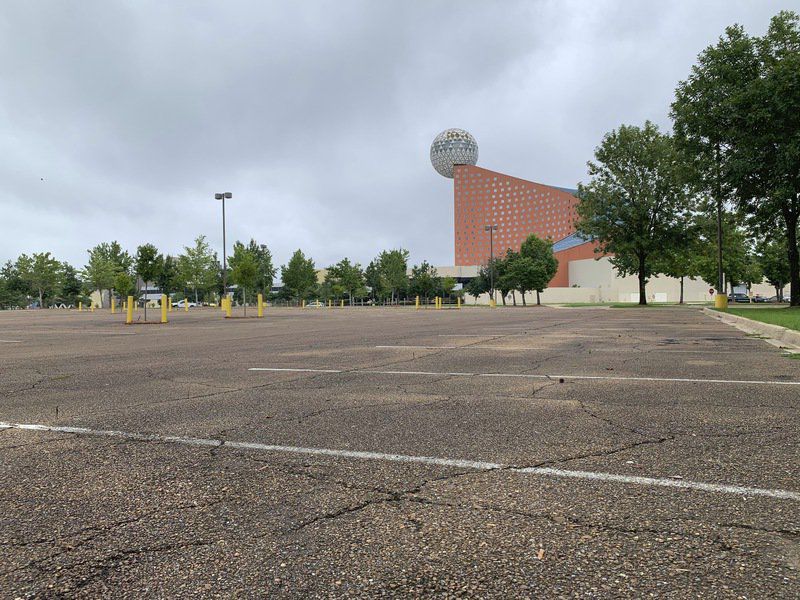 The parking lot of the Golden Moon Hotel and Casino was mostly empty Wednesday. The Pearl River Resort has been closed since March 18 because of COVID-19. 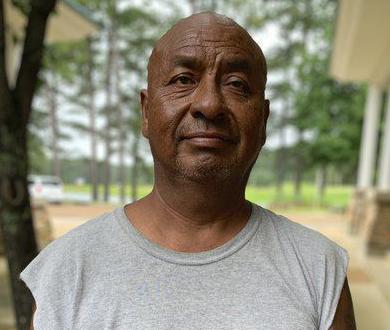 Jerry Kinsolving, a member of the Mississippi Band of Choctaw Indians, said he knows 15 people who have died from COVID-19. 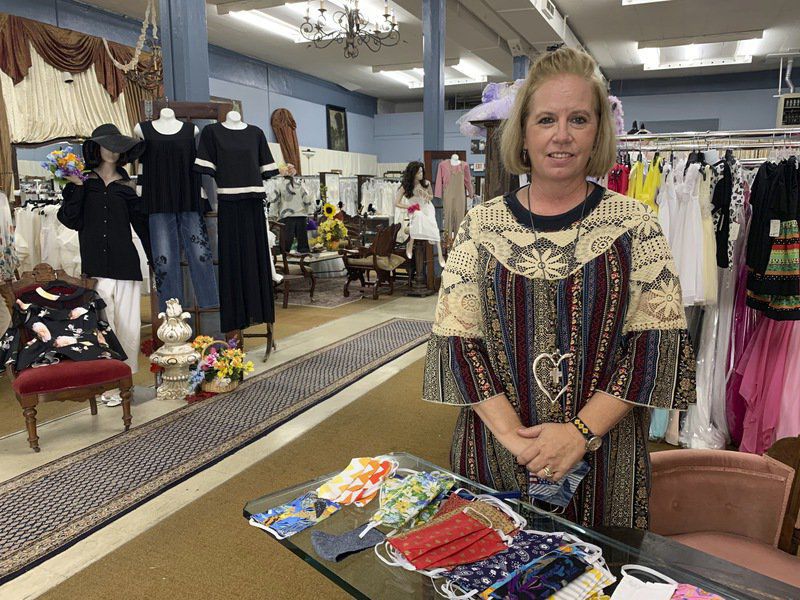 Jammy Luke Davis, owner of Faye's, a boutique in Philadelphia, said staff made more than 8,000 face masks during the time the store had to close for the COVID-19 pandemic. Business has been impacted by the closure of the Pearl River Resort and the cancellation of the Choctaw Indian Fair and Neshoba County Fair, Davis said. 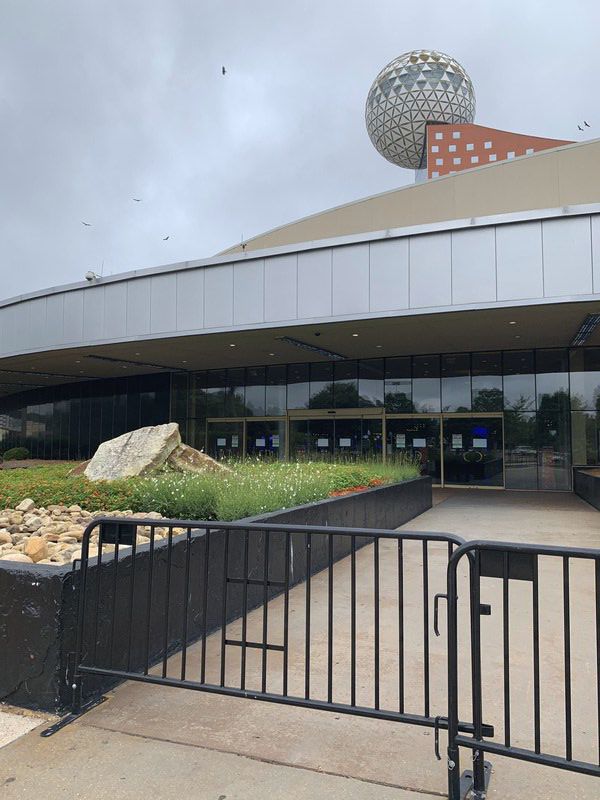 Barricades block the entrance to the Golden Moon Hotel and Casino. The Pearl River Resort has been closed since March 18 because of COVID-19. 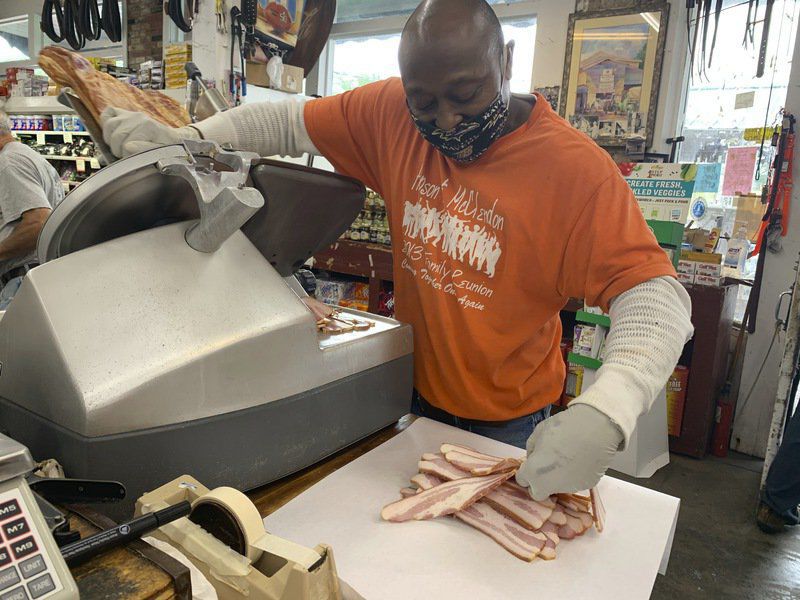 Edrick McClendon slices bacon at Williams Brothers General Merchandise in Philadelphia. The store has seen a loss of business due to the cancellation of the Choctaw Indian Fair and the Neshoba County Fair, the store's co-owner said. 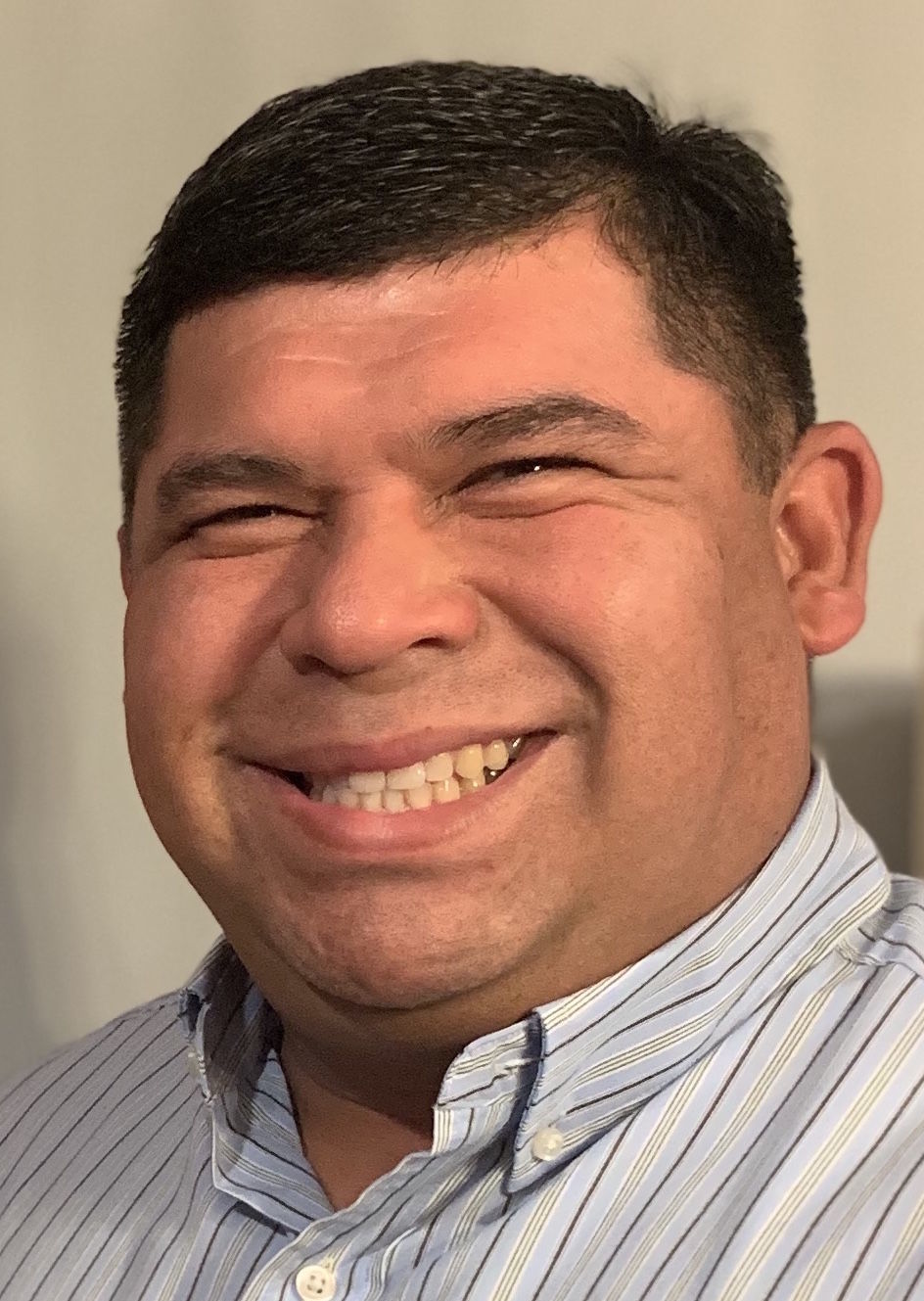 Chief Cyrus Ben of the Mississippi Band of Choctaw Indians. 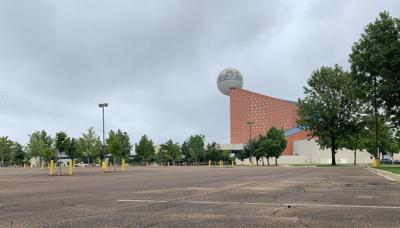 PHILADELPHIA, Miss. – Drive down Highway 16 near Philadelphia and you can’t miss the giant moon towering above the Pearl River Resort, welcoming visitors to the games below.

But on the ground is the reminder of the coronavirus that has swept through Neshoba County, killing dozens of people and sickening hundreds more.

The casino parking lot is nearly empty and barricades block the entrance. Upbeat music blasts out of a speaker for no one.

At a nearby gas station, signs remind you to keep your distance and wear a mask.

Jerry Kinsolving, a member of the Mississippi Band of Choctaw Indians, has avoided contracting COVID-19, but he has seen what the illness has done to the community in less than four months.

He knows 15 people who have died from the virus. Some were his cousins, uncles and aunts.

“It’s affected a lot of people,” Kinsolving said. “It seems like every other house has got it.”

The MBCI has more than 11,000 members in eight communities across 10 Mississippi counties. Pearl River, in Neshoba County, is the largest. It’s also the tribal community with the highest number of COVID-19 cases.

Of 968 positive cases, 455 were identified in the Pearl River community as of Wednesday, according to MBCI.

Records show 69 deaths from the tribe.

Neshoba County Coroner John Stephens is familiar with the names behind the numbers. He owns John E. Stephens Chapel, which handles the funeral services for the MBCI.

“We’ve had over 70 COVID deaths in the last two to three months that come through my funeral home,” Stephens said Wednesday.

All but five of the victims were tribal members, he said.

Husbands and wives have been buried together on the same day.

“We’ve had a lady and then two of her sons,” Stephens said. “We’ve had several families that were impacted multiple times by this virus.”

As of this week, the number of Choctaw deaths has already reached 141, he said.

Stephens was encouraged by those he has seen following social distancing guidelines and wearing masks at funerals.

“(Tribal) Chief Cyrus Ben, he’s done an excellent job mandating what needs to be done … closing places like the casinos and the government offices out there, trying to contain this thing and it’s working,” Stephens said. “The non-tribal community seems to think that they’re not going to get it. They’re not taking those precautions.”

Chief Ben, who contracted COVID-19 in mid-April, said he had a fever, chills and loss of smell, but felt sick for only a few days.

He personally knew some people who did not survive, as well as the stories of those left behind.

“I know of some seniors that graduated high school recently that one lost mom and dad within one week, that wasn’t able to see him come across that stage and get his diploma,” Ben said. “I think it reverberates throughout a community.”

The higher case numbers may be attributed in part to the occupancy level of multi-generational homes and the fact that some members work away from the tribe in industries with high exposure rates, Ben said.

Earlier this month, he signed an executive order requiring masks for everyone age 2 and older interacting in public places on tribal lands.

In June, he invited a critical response team of nurses, doctors and healthcare professionals who have worked in hard-hit New York City and Atlanta to help frontline workers at the Choctaw Health Center, according to a news release.

Though Mississippi casinos were permitted to reopen in May, the Pearl River Resort, which is owned and operated by the MBCI, has been closed since March 18 due to concerns about the coronavirus.

“I believe we have just taken a more conservative approach to not only protect our people, but we are protecting also our local neighbors,” Ben said. “We want to see those guests back when we do open our doors and we want them to be healthy and well.”

More than half of the 2,400 resort employees are members of the MBCI and the closures have had a huge effect on the surrounding area, Ben said.

“This impacts not just the tribe and what we’re able to provide for ourselves, this is affecting Neshoba County and the surrounding counties where we provide employment to these people,” Ben said.

He asked tribal members to be vigilant.

“Continue to have faith and stay strong,” Ben said. “Do not let your guard down.”

David Vowell, president of the Philadelphia Community Development Partnership, said the pandemic affects employers and workers throughout the community.

“Some of your retail has hurt because you couldn’t have the traffic going into the building and the restaurants have naturally hurt,” he said.

During the shutdown, she and her team sewed more than 8,000 masks and donated them to first responders, hospitals and the MBCI, she said.

The human loss in the community weighed heavily on her.

“I’ve never in my entire life thought about death as much as I’ve thought about it in the last three to four months,” Davis said. “A lot of us knew so many of those people.”

Though her business has reopened, others closed their doors for good.

“I think that the economic impact is going to be devastating,” Davis said. “It already has to us. Retirement (money) was put into here in January and then we have nothing. We’re holding on.”

The Neshoba County Fair and the Choctaw Indian Fair, both scheduled for July and big tourist draws to Neshoba County, were canceled due to the pandemic.

“We usually have lots and lots of people that come through during the fair and come and shop with us for the ready-to-wear (clothing) for the fair,” Davis said.

July is traditionally one of the best months for sales tax revenue, according to the Philadelphia Community Development Partnership.

At Williams Brothers General Merchandise, where customers were purchasing slab bacon and other groceries, co-owner Sid Williams was already seeing a loss in business from the canceled fairs.

“Here it is in the middle of July and should be the store's full of people and it is not many people in here right now,” he said. “We have a lot of out-of-town traffic with our dry goods and bacon and cheese and things and it’s hurt that a lot, too. The other parts of it, groceries at times, have been real, real busy, but we’ve had a definite impact from it.”

The Choctaw Indian Fair would have started this week, and would have created a vibrant scene of dances, entertainment and community activities. Instead it will be eerily quiet.

“We are all missing … the heartbeat of the Choctaw People – the rhythm of the drum,” a note reads on the fair’s Facebook page.

The message called on drummers across the tribal communities to play Choctaw drums every night at 10 p.m. until Saturday.

“Let’s hear those drumbeats again across our Choctaw lands.”

Erin Kelly is a reporter for The Meridian Star. Email ekelly@themeridianstar.com.