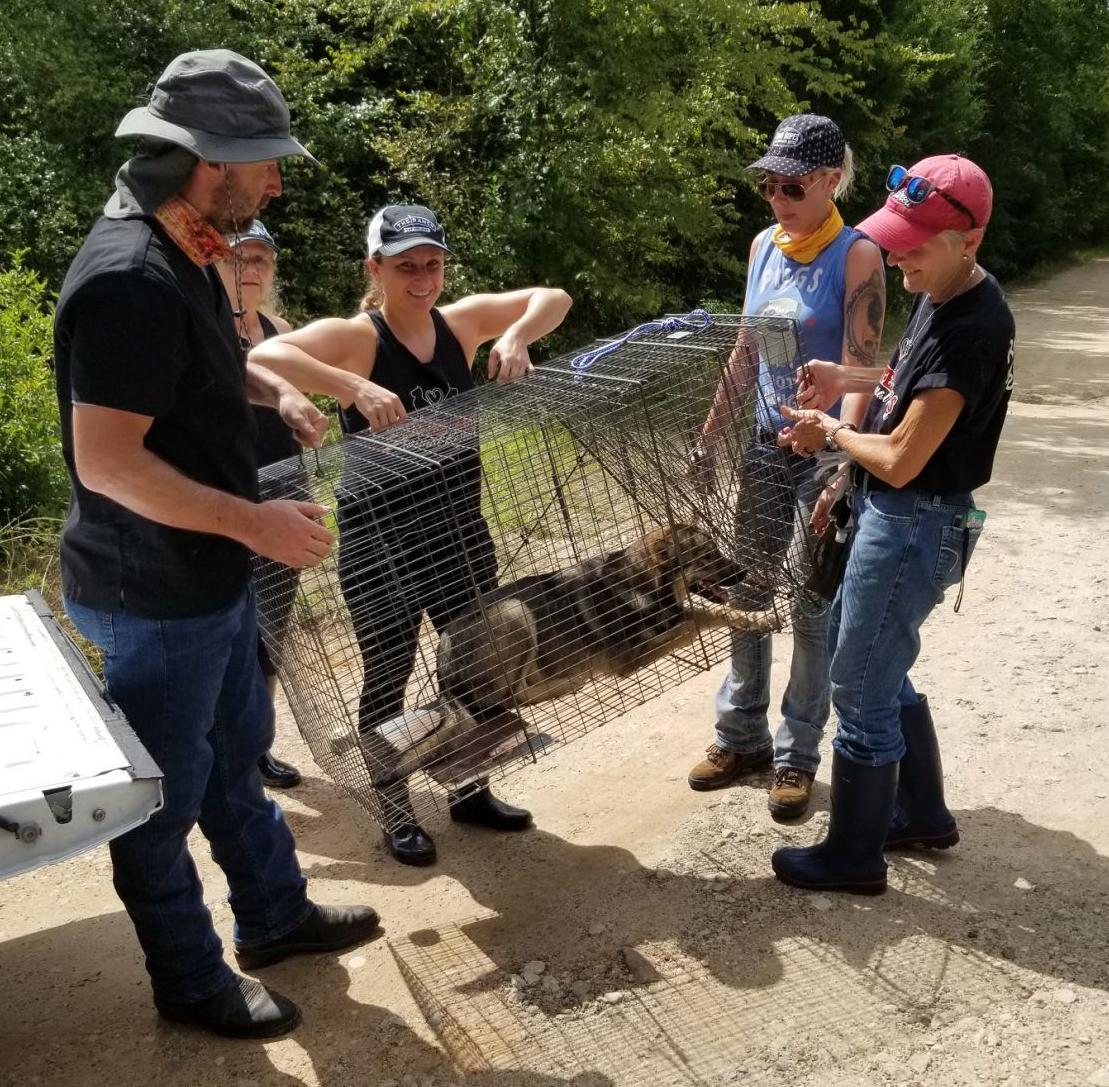 A rescue team helps one of many animals left in need by the death of their owner. www.vrcpitbull.com/how-you-can-help/ 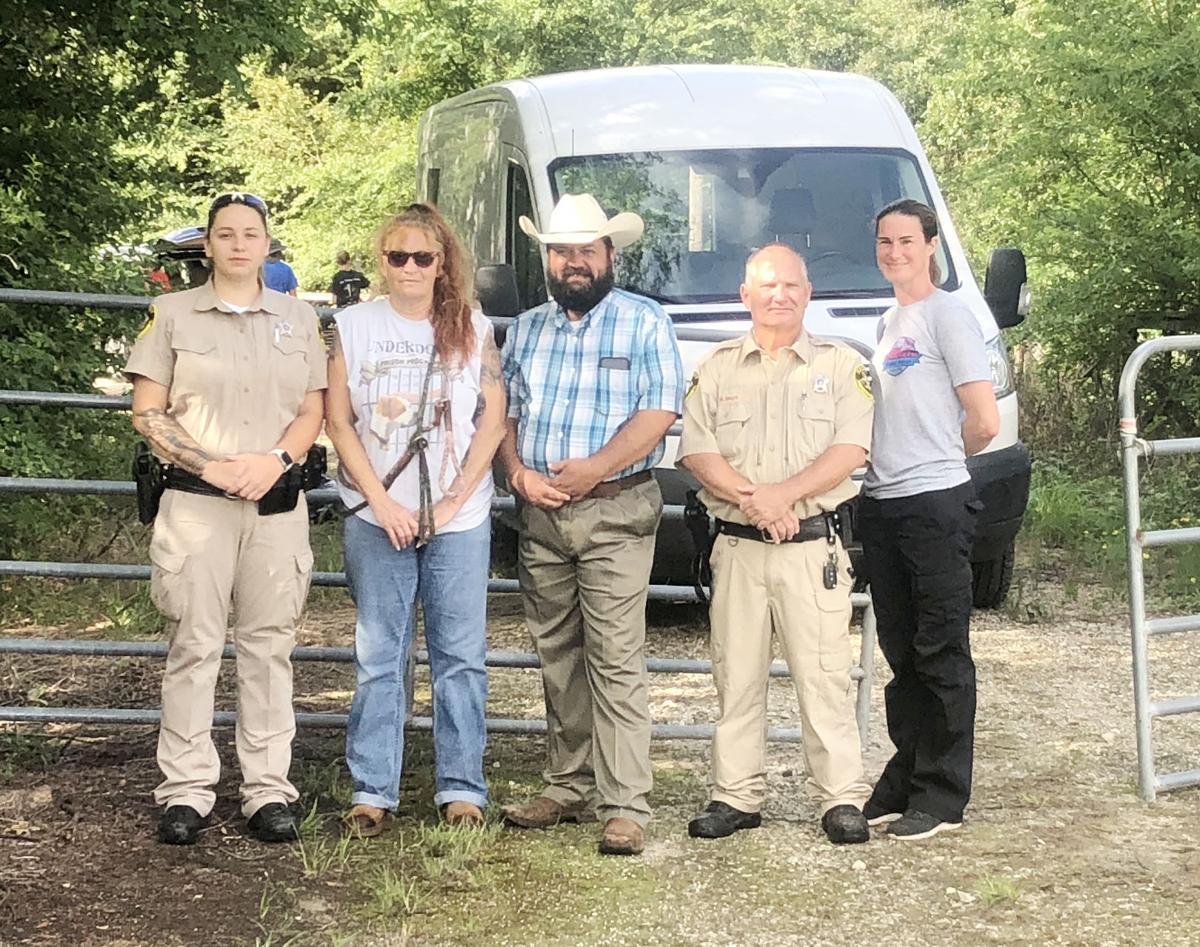 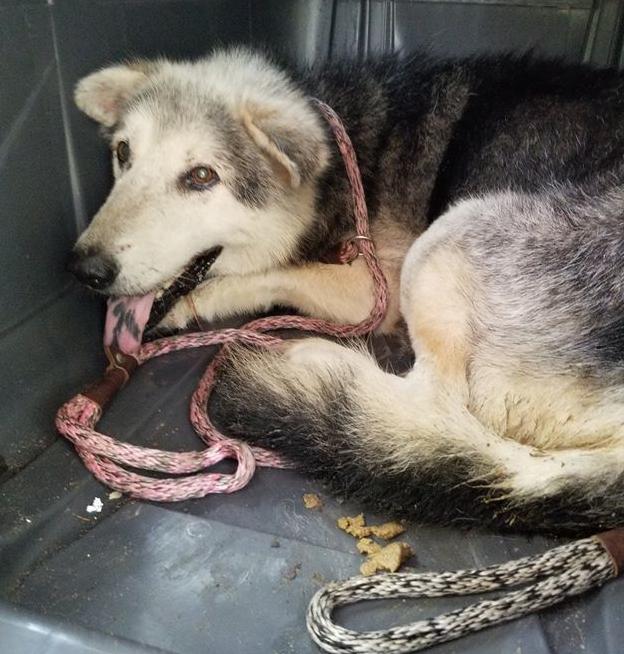 Crews will continue working on site to take care of the remaining animals while a solution is found.

A rescue team helps one of many animals left in need by the death of their owner. www.vrcpitbull.com/how-you-can-help/

Crews will continue working on site to take care of the remaining animals while a solution is found.

ATHENS, Texas – Tia Torres brought her team from the Villalobos Rescue Center, of the Animal Planet television show Pit Bulls and Parolees, to Athens to assist the Henderson County Sheriff’s Office with the rescue of 50 wolf hybrids.

The sheriff's office responded to a death investigation June 28 and discovered animals left neglected on seven acres of East Texas woods, some stranded without food or water in their enclosures.

“With them having wolf in the bloodline, it closes the door to many rescue groups,” Sheriff Botie Hillhouse said. “The first contact was the Athens Animal Rescue Center, then we started reaching out and Villalobos came out Thursday and Friday (July 9-10).

"They brought people from all over the nation,” Hillhouse said. “She has been a lifesaver out there.”

In two days, they were able to capture only 10 dogs. Torres went live on Facebook and said it was the largest and worst rescue they have undertaken to date.

The dogs are all hiding, and there is trash and enclosures scattered all over the property. Without knowing the land, seven acres of woods is extensive when searching for an unknown amount of animals who are designed to blend into the woods. Time is of the essence as one puppy was already shot by a local rancher. It was expected to survive.

“We are focusing on capturing the dogs that have wandered off of the property,” Hillhouse said.

The sheriff's office is working with neighbors and the rescue groups to catch as many animals as possible off site and VRC is working on taking care of the animals on the property.

“This guy was a backyard breeder, who bred wolf dogs,” Torres said in the live feed. “The problem is that we can’t find anywhere for the wolf-ey looking dogs to go. We are trying to figure out a way to keep them here for now and have some of my people come here and take care of them until we can figure out what to do.”

Villalobos, means village of wolves, and that's how the rescue started.

“This is not our first rodeo, but I wish there was no rodeo at all,” Torres said.

“I don’t know what the plan is yet,” Torres said in the feed. “We started with wolf dogs, they are our heart. They are who started Villalobos, without the wolves and the wolf dogs there would be no rescue, no pit bull rescue, no move to Louisiana, nothing. It all started with them. They taught us everything, they taught us how to be family to each other, how to take care of each other. They are very family oriented, we love them so much. So, we owe it to them.”

Live feed of the rescue can be viewed on Villalobos Rescue Center's Facebook page along with updates.

Those interested in adopting dogs may fill out an application at www.vrcpitbull.com/how-you-can-help/.

Shelli Parker is a reporter for The Athens Review. Email: sparker@athensreview.com