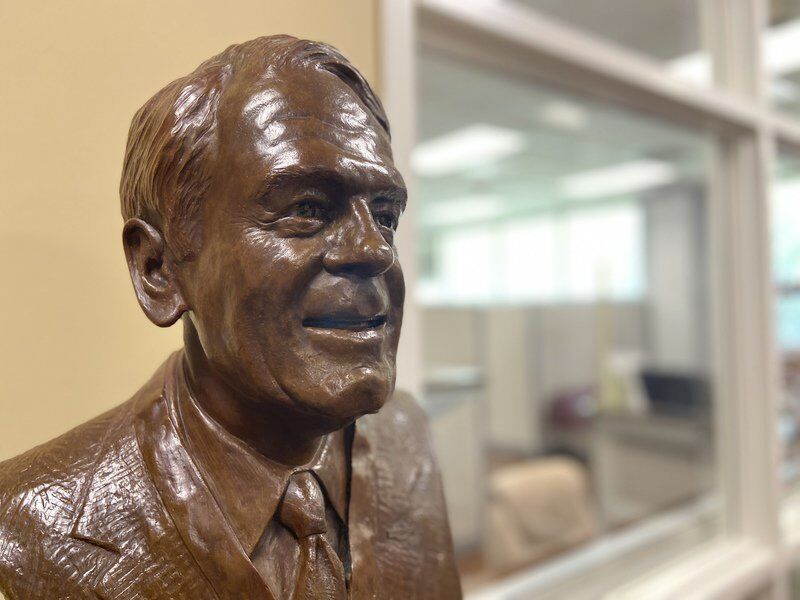 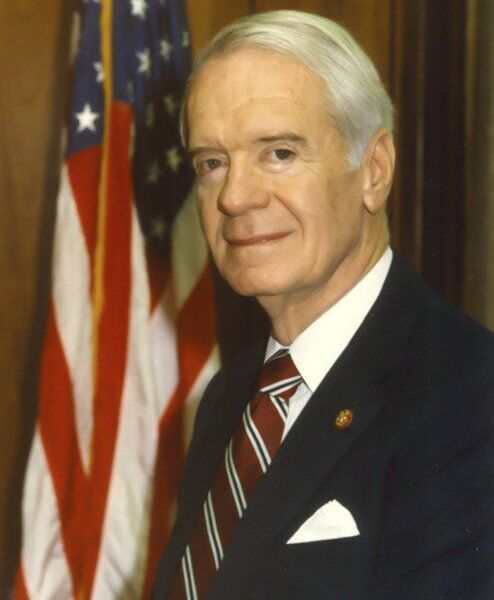 The late G. V. "Sonny" Montgomery continues make an impact across Mississippi and the nation was a whole. 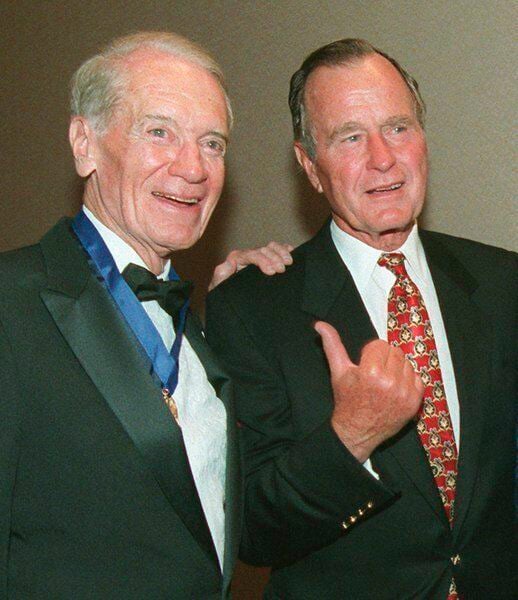 Former President George Bush gestures toward Rep. Sonny Montgomery, D-Miss., during a tribute in Montgomery's honor in 1996 in Crystal City, Va. Despite being from different sides of the political aisle, Bush and Montgomery were close friends. 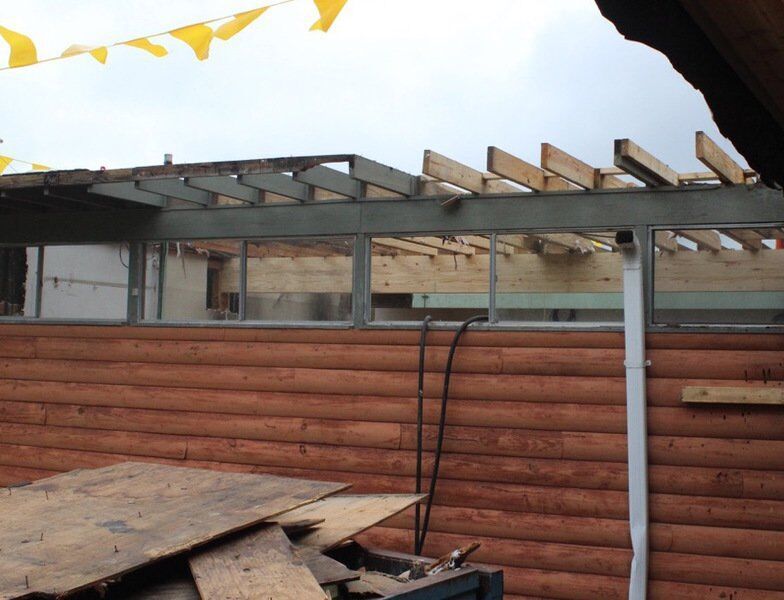 Workers continue to repair damage at Camp Binachi in Meridian, which was hit by a tornado in February. Some of the money for the repairs was provided by The G.V. "Sonny" Montgomery Foundation. The Choctaw Area Council of the Boy Scouts of America is one of many organizations supported by the foundation.

“I remember Sonny mostly by his personality,” said Brad Crawford, executive director and president of the G.V. "Sonny" Montgomery Foundation in Meridian. “His love for people – all people. Sonny was well-loved here in Meridian, but also on Capitol Hill, and everywhere he went. He had this extraordinary interest in his fellow man … and this ability to bring people together.”

After graduating from Mississippi State University, Montgomery joined the U.S. Army, serving in the European Theater during World War II. He remained on active duty during the Korean Conflict and later had a long career in the Mississippi National Guard, retiring after 35 years as a major general.

In 1956, Montgomery, a Democrat, began a career in politics when he was elected to the Mississippi State Senate, where he served for 10 years before being elected to the U.S. House of Representatives.

A major focus of Montgomery’s service in Washington was veterans affairs.

He chaired the House Veteran’s Affairs Committee for 12 years and his leadership was instrumental in the 1984 passage of the Montgomery G.I. Bill, which bears his name.

That bill changed the lives of hundreds of thousands of American service members, according to Crawford.

“There was money available for veterans before the Montgomery G.I. Bill, but when it was passed in the 80s, it opened up so many more doors.”

“That was their ticket to a college education,” Crawford said. “There was money available for veterans before the Montgomery G.I. Bill, but when it was passed in the 80s, it opened up so many more doors.”

“It was a struggle – it took several years to get it through Congress,” Crawford said, noting one of Montgomery’s unique talents: working with political leaders across the aisle toward a common solution.

“There are a lot of people he may or may not agreed with,” Crawford said. “But he didn’t let that stand in the way of being their friend, or caring about them.”

“His best friend in Congress was George (H.W.) Bush,” Crawford added. “Sonny was a Democrat and Bush was a Republican. They had common interests and focused on those common interests. Sure, they disagreed on some things, but they used the points they agreed on to get things done. That’s was missing today in Washington, there’s no common ground between the parties.”

Since 2006, The G.V. "Sonny" Montgomery Foundation, which was established with the bulk of Montgomery’s estate, has issued about $2 million to a variety of organizations and causes, Crawford said.

In 2017, an advisement and career services center bearing Montgomery’s name opened on the College Park campus of MSU-Meridian. The center, funded largely by the foundation, strives to continue Montgomery’s legacy of impacting the lives of Mississippians, especially around Meridian.

In 2018, the foundation committed $100,000 to The G.V. "Sonny" Montgomery Center for America's Veterans at Mississippi State University, which supports military-connected students through educational benefits, transitional support and activities to promote learning, well-being and success, according to the MSU website.

The foundation also supports the Mississippi veterans cemeteries in Newton and Kilmichael as well as veterans nursing homes around the state.

Recently, the Choctaw Area Council of The Boy Scouts of America used foundation money to help restore buildings at Camp Binachi, which was damaged by a February tornado.

“They’ve always been supportive of what we’re doing,” said Ken Kercheval, the organization’s CEO. “Making sure we have the ability to keep providing scouting to the area, especially for kids who can’t afford it.”

“It’s all from Sonny’s legacy,” Kercheval said. “It’s exactly what he would have wanted.”

A different organization, The Montgomery Institute, was established in 2000 as a project of The Riley Foundation, a Meridian philanthropic organization.

The institute’s mission is to upbuild people and places in East Mississippi and West Alabama according to “Sonny’s Way”, said Bill Crawford, its president, no relation to Brad Crawford.

“Faith, fellowship, persistence, and patriotism,” is how he described “Sonny’s Way.”

“We interpret patriotism to mean not only to country, but also to community,” Bill Crawford said. “All of our projects are guided by that approach.”

To that end, the institute works with a variety of regional partners, including community colleges, schools and other agencies.

Notable partnerships include The Community Health Improvement Network, a coalition of health care providers and community organizations and The Meridian Freedom Project, a youth empowerment organization.

“He had a legacy of wanting to see things grow, and to cultivate and nurture those things so they would bear great fruit. That’s exactly what we do at the Meridian Freedom Project.”

Bill Crawford, who first met Montgomery when he was in the Naval Academy in 1967, remembers the Congressman as a “true public servant.”

“His whole mission in life was to be a good public servant,” he said. “He was a bridge builder.”

“With a sincere, caring outlook on life, and the ability to make people feel comfortable, you can do a lot of good things, and bring people together,” he said. “That’s just the way he was.”