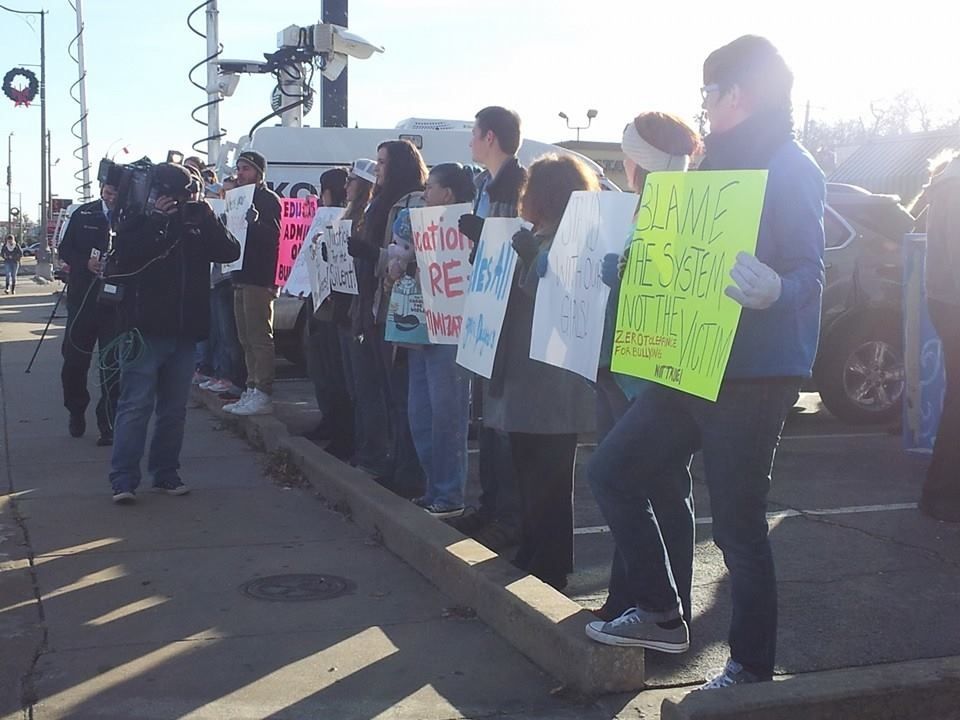 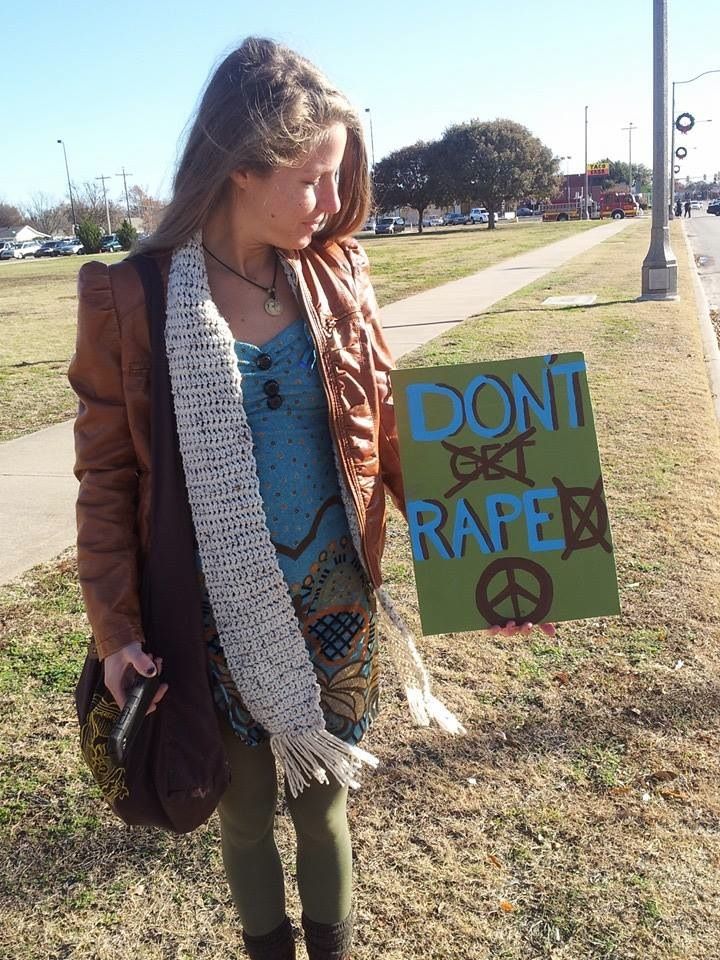 A student at Norman High (Ok.) shows off her sign during a student protest Monday.

A student at Norman High (Ok.) shows off her sign during a student protest Monday.

NORMAN, Oklahoma — Students at an Oklahoma high school took to the streets Monday to protest reported bullying of alleged rape victims. Protest organizers say school administrators should have done more to protect at least three young women who say they were raped by the same male student.

At 9:20 a.m. on Monday the doors to Norman High School opened and more than 500 students walked out of class and lined Main Street. The walk-out and ensuing protest was planned by students, parents and other professional organizers for the newly formed group, #YesAllDaughters.

"We're here to protest the treatment of the Norman High administration of a number of victims of rape who were bullied out of school," said Stacey Knight of #YesAllDaughters. "Our organization is about anti-bullying, protecting victims."

The suspect has been suspended from school, but has not been arrested.

The Norman Police Department confirmed there is an ongoing criminal investigation into an alleged rape involving Norman High School students.

While the local authorities are investigating the criminal charges, the student group set their sights on the school administration and want changes to take place immediately. Before the protest they sent the school a list of demands.

Schools officials say most of the demands are things already in place at the district.