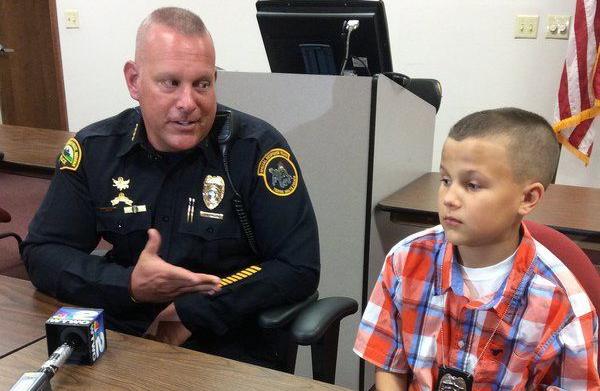 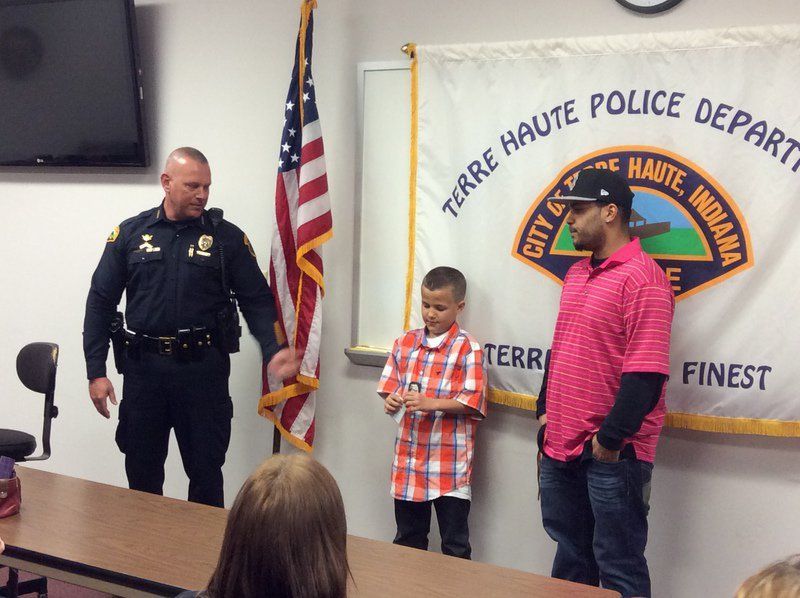 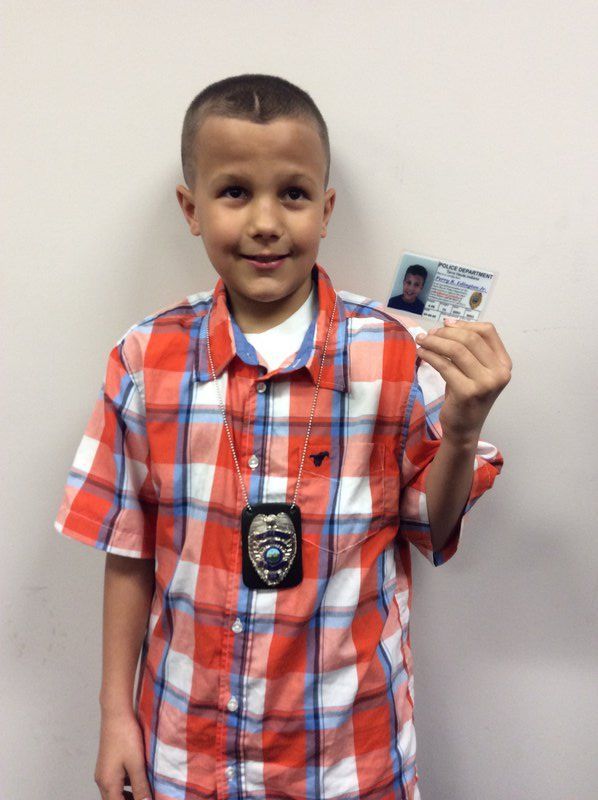 Perry Edington Jr. didn't have much to say about being called a hero this week.

On Tuesday, he accepted his own badge — No. 802 — from Terre Haute, Indiana Police Chief John Plasse, as well as an identification card to make him an honorary THPD officer.

His family, however, was bursting with pride as it applauded and cheered for the boy who kept his wits about him when his sister was in danger, and then followed through during the difficult process of identifying a suspect and later testifying in court.

"He did what any hero would do," Plasse said as he presented the badge, "and he performed at an age far greater than 8 years old, that he was then; he's 9 years old now. But he did something amazing and helped his sister out. And to me, that's the true definition of a hero."

According to the Terre Haute (Ind.) Tribune Star, Perry was living with his sister and mother at a motel in Terre Haute in April 2014 when a convicted child molester grabbed Perry's younger sister and attempted to molest her inside a motel room. When the boy realized that his sister had been grabbed, he notified his mother and other adults, resulting in his sister's rescue.

"He's just an awesome kid,” Plasse said, “and what he did that day is what heroes do.”

Plasse added that he hopes the boy one day realizes that his actions probably saved his sister's life.

Perry also testified at trial against the suspect, who was convicted and sentenced to 114 years in prison.

Chief Deputy Prosecutor Rob Roberts concurred that the boy acted bravely in the face of danger, and likely saved his sister's life.

"He pounded on the door and did what he could, and when that didn't work, he went to get help," Roberts said of the boy. "He was fantastic at trial. I think Chief Plasse is right in that Perry doesn't realize the enormity of what he did. In a society where too many people don't want to be involved, he sprang into action that day."

"I never met a real hero before," said Norm Loudermilk as he shook the boy's hand.

Perry Edington Sr. also had few words to say about his son's heroics, but said the family has gotten through the tough time of the crime and its aftermath.

His son, who is a fourth-grader at Terre Town Elementary, said he enjoys playing basketball, and that maybe when he's grown, he will consider a career in law enforcement.