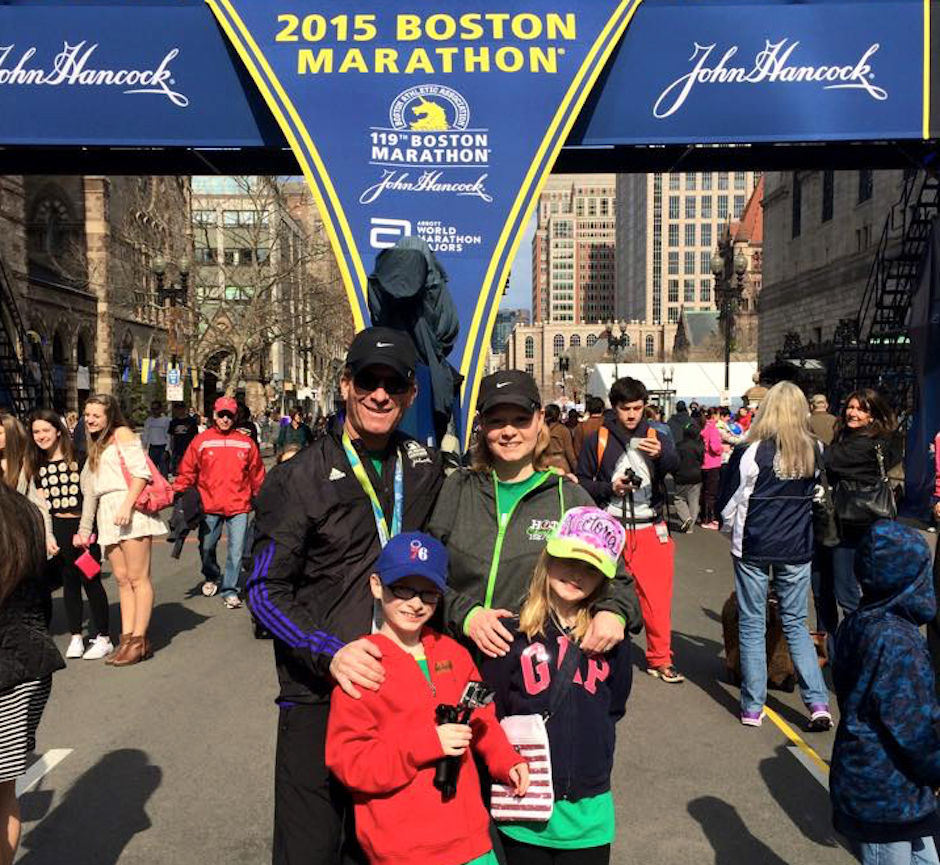 Mike Rossi poses with his family at the Boston Marathon finish line. 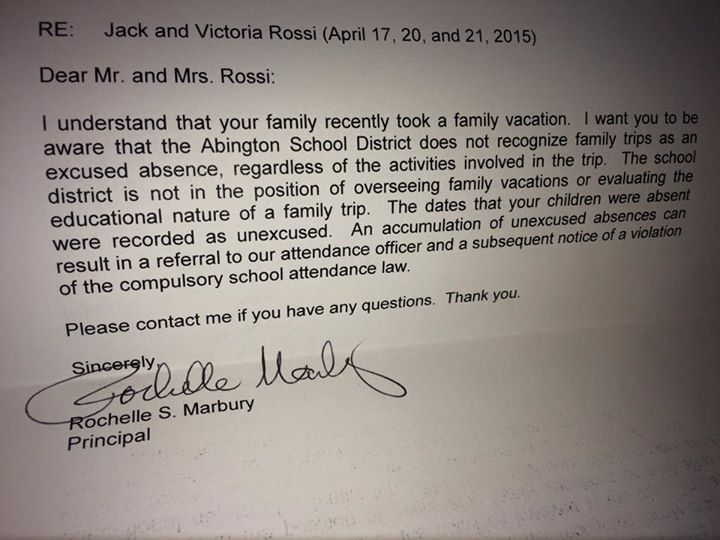 Mike Rossi posted this photo of a letter he received from Rydal Elementary School Principal Rochelle Marbury regarding his children's absence from classes so they could accompany him to the Boston Marathon.

Mike Rossi poses with his family at the Boston Marathon finish line.

Mike Rossi posted this photo of a letter he received from Rydal Elementary School Principal Rochelle Marbury regarding his children's absence from classes so they could accompany him to the Boston Marathon.

A part-time radio personality in Philadelphia took his children out of school so they could watch him and his wife run in the Boston Marathon.

That decision led to a confrontation with school officials and a parenting debate that has gone viral.

Mike Rossi is an avid runner who qualified for the marathon this year. He decided to turn the opportunity into a family vacation, taking his wife and 9-year-old twins on a three-day trip to Boston, where in addition to seeing their dad finish the race, they visited the Freedom Trail, the site of the Boston Tea Party and other historical places of interest. Rossi, who finished the race despite a shoulder injury, called the trip “a once-in-a-lifetime experience.”

A few days after the family returned home, however, Rossi received a letter from the principal at Rydal Elementary School informing him that the three days of school his children missed would be counted as unexcused absences and threatening administrative action in the event of more such absences.

“To get a letter like that, that was pretty accusatory and the language was pretty hostile, it made me a little angry,” Rossi told WPVI-TV in Philadelphia.

He posted a photo of the letter, along with his response, on Facebook. The result? As of Thursday morning, the post had been shared more than 31,000 times. And the president of the Abington School Board posted a page-long response on the district’s website.

Rossi says he’s taken interview requests from media outlets across the country. He said he wouldn’t hesitate to make the same decision again.

“I want to be clear that I am not angry with (Rydal Elementary) Principal Marbury, but the policy set by the school district to deal with unexcused absences doesn’t make sense,” Rossi told Yahoo Parenting.

Rossi met with Marbury on Wednesday and, although their differences weren’t resolved, he said he hopes a constructive dialogue will continue.

“In the event that this happens again, I wouldn’t lie and say the kids are sick, but the school policy might force other parents who want to take family vacations to do that.”