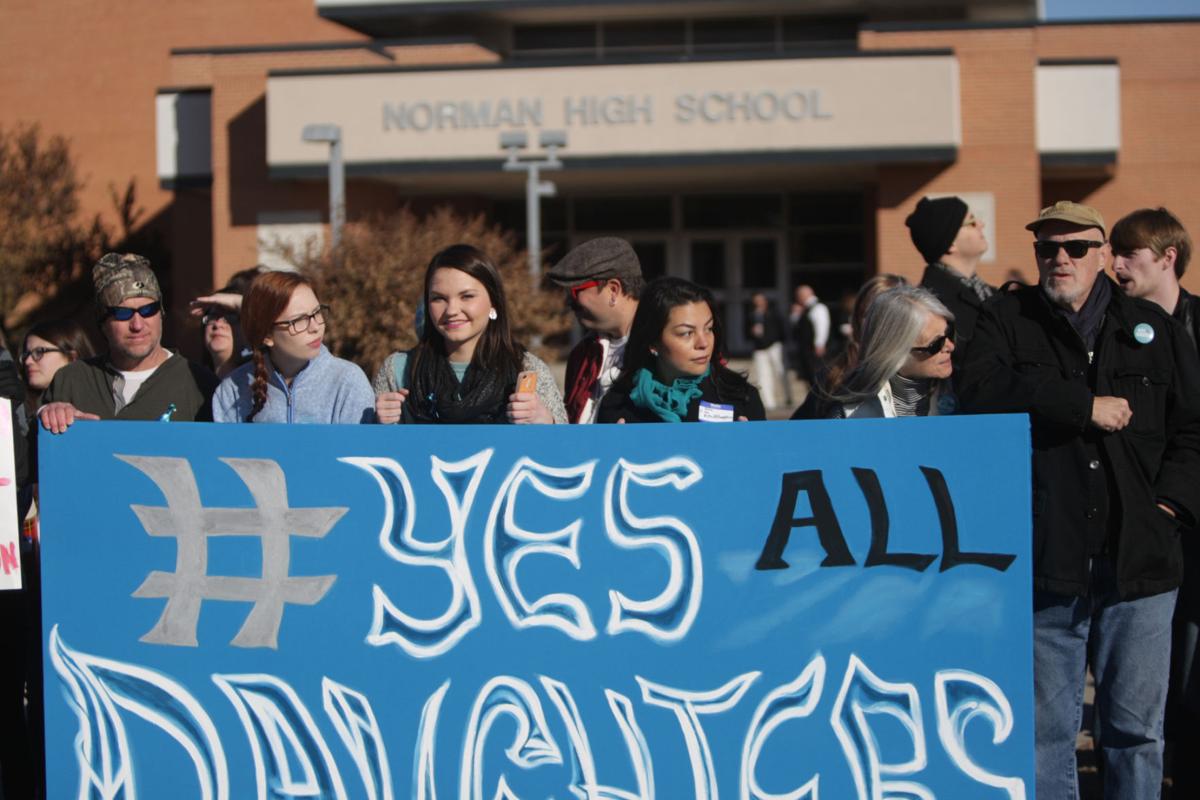 Norman High School students stand outside the entrance to the school in protest of the school administration's response to rape allegations and in support of the hashtag campaign #YesAllDaughters in Norman, Okla. Monday, Nov. 24, 2014. Jay Chilton / The Transcript 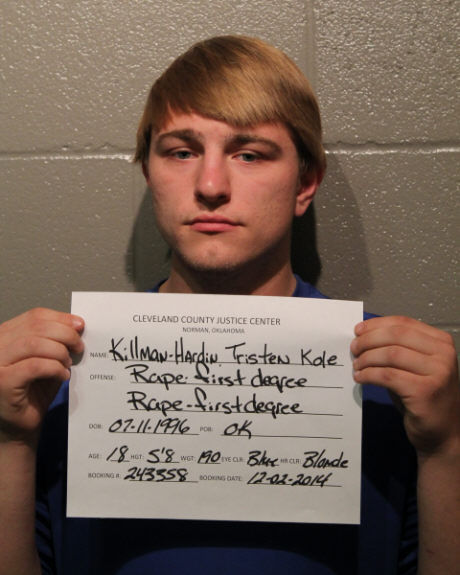 Norman High School students stand outside the entrance to the school in protest of the school administration's response to rape allegations and in support of the hashtag campaign #YesAllDaughters in Norman, Okla. Monday, Nov. 24, 2014. Jay Chilton / The Transcript

A Oklahoma rape case that garnered national attention and spurred a social media campaign ended Monday with the sentencing of a teen who entered a no contest plea on two counts of rape.

Former Norman High School student Tristen Kole Killman-Hardin, 18, was sentenced to 10 years in prison on Monday with the last eight years being a suspended sentence, records show. He was charged with two counts of first-degree rape of an unconscious victim in December following incidents in September involving another high school student.

An affidavit in the case states the victim reported she went to a party, had been drinking and accepted a ride home from Killman-Hardin. She remembered little about the remainder of the night, but the next day she received a copy of a video, via her phone and social media, of Killman-Hardin sexually assaulting her in his vehicle, the affidavit said.

Killman-Hardin admitted to police he knew the juvenile female was intoxicated and said he had "sex" with her, the document states.

After the incident, the 16-year-old victim's claims of being bullied by other students sparked the campaign #YesAllDaughters. Within weeks, the campaign went viral, overtaking social media platforms.

In November, hundreds of students participated in a peaceful protest and walk-out, showing support for those who say they've been victimized and advocating for a change in school bullying policies. Their message was seen and heard across the nation.

Stacey Wright, who helped her niece launch YesAllDaughters, said Monday the victim and her family are relieved she won't have to testify and relieve the rape in court proceedings.

"But, we all feel that this punishment doesn't fit the crime," Wright said. "Our justice system is stacked in the defendant's favor, and often doesn't seem to take into account that victims will have to live the rest of their lives coming to terms with the horror of what happened to them."