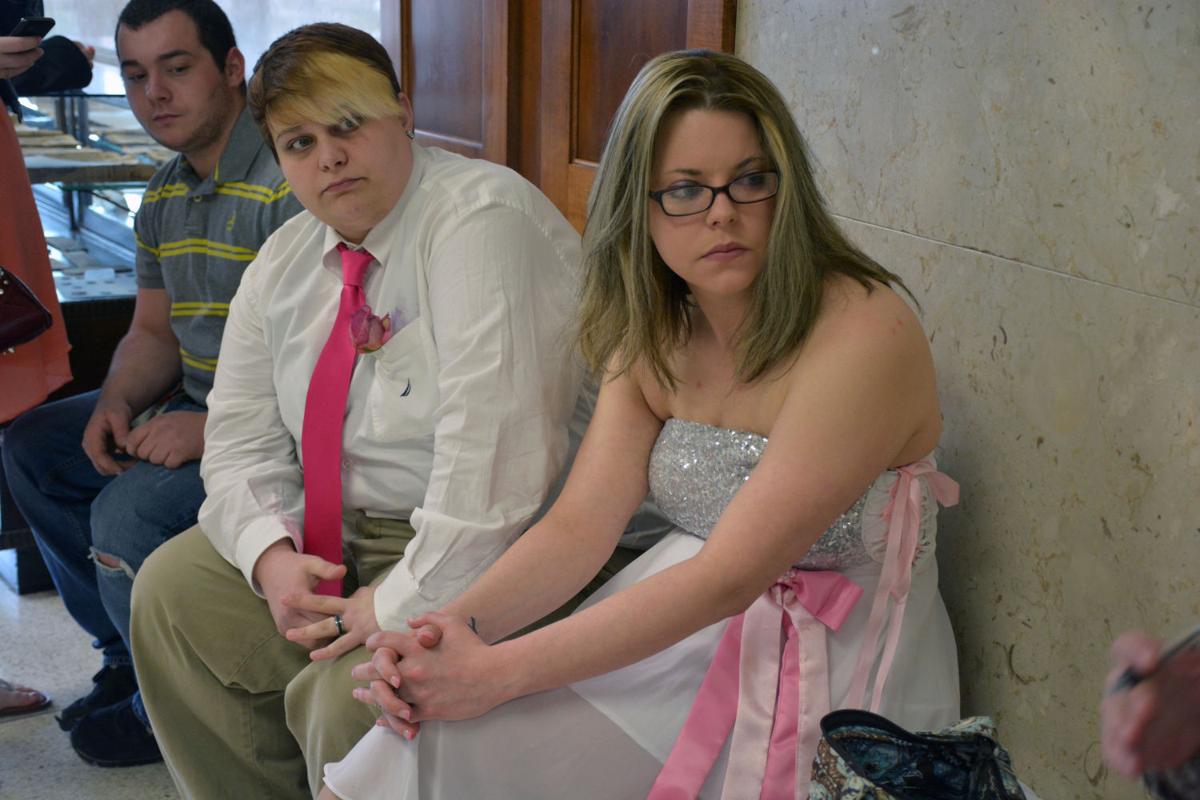 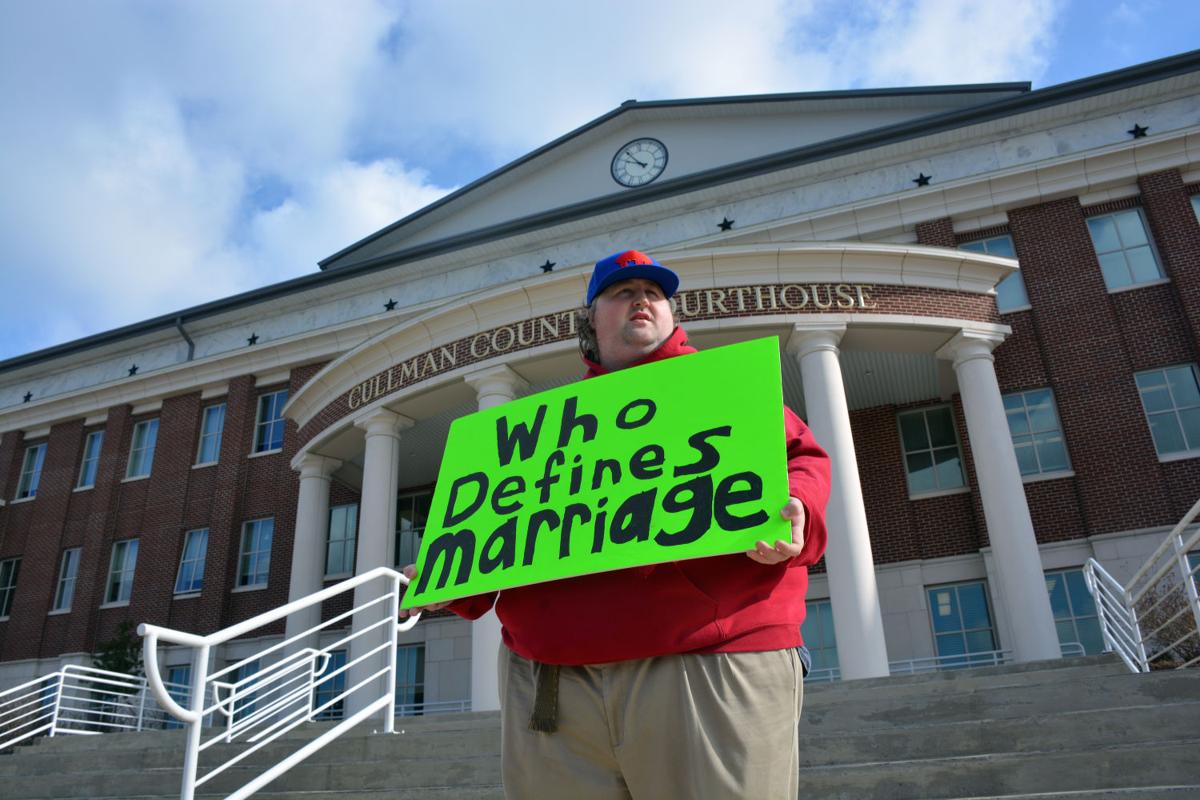 Cullman native Chris Adams holds a "Who Defines Marriage" sign on the steps of the Cullman County Courthouse. Adams, who identifies as a Christian, said he came out in an effort to remind locals of the Biblical definition of marriage.

Cullman native Chris Adams holds a "Who Defines Marriage" sign on the steps of the Cullman County Courthouse. Adams, who identifies as a Christian, said he came out in an effort to remind locals of the Biblical definition of marriage.

A same-sex couple is vowing to stay in a northern Alabama courthouse until the probate judge issues them a marriage license.

"I will stay here until they drag me out. I’m here to fight the fight," said Samantha Douthit, 28, of Cullman, Alabama.

With Alabama Chief Justice Roy Moore dueling with the federal courts over recognizing same-sex marriage, couples are finding some probate judges who are moving forward with issuing licenses while others are only issuing applications.

Cullman County Probate Judge Tammy Brown said this morning her office is only issuing applications for marriages. She said she is consulting with the county attorney and awaiting additional information from the courts. Moore issued an order Sunday night telling probate judges not to issue licenses, even though federal courts have said Alabama’s Sanctity of Marriage Act is unconstitutional. The act bans same-sex marriages.

Douthit arrived with her partner, Quintana Rainwater, at 8:15 a.m. Monday, intending to obtain a marriage license and have a ceremony performed by the Rev. Felicia Fontaine of Huntsville, Alabama.

Fontaine and her wife of 35 years, Barb Collins, said they intended to stay inside the courthouse until the probate judge issues marriage licenses for Douthit and Rainwater. Three other couples also arrived at the courthouse but departed for other counties because of the delay in Cullman County.

Probate judges in Madison, Jefferson and Mobile counties and other areas were issuing licenses Monday. The U.S. Supreme issued a statement Monday morning that it would not intervene to block the issuing of marriage licenses in Alabama. At that point, some judges began issuing licenses.

“(Judge Moore) is entitled to his opinion but the law says he’s wrong. I intend to be here until the licenses are issued. I already have a call in to the ACLU (American Civil Liberties Union) and I have an open letter to Moore,” Fontaine said.

Just outside the doors where Douthit and Fontaine sat waiting, the ruling had drawn at least one local protester. Chris Adams held a “Who Defines Marriage” sign on the sidewalk off the courthouse steps. Adams said he is a Christian and wanted to spur local Christians to further consider the same-sex marriage issue.

Palmer writes for the Cullman (Ala.) Times. Trent Moore contributed to this story.