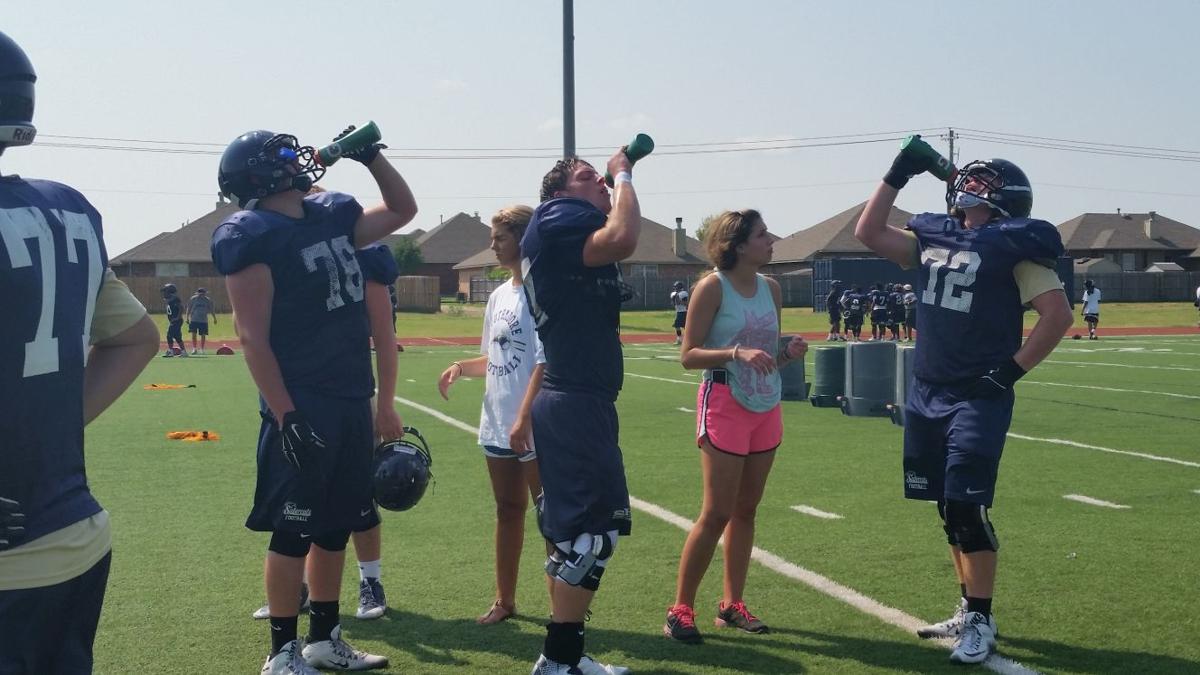 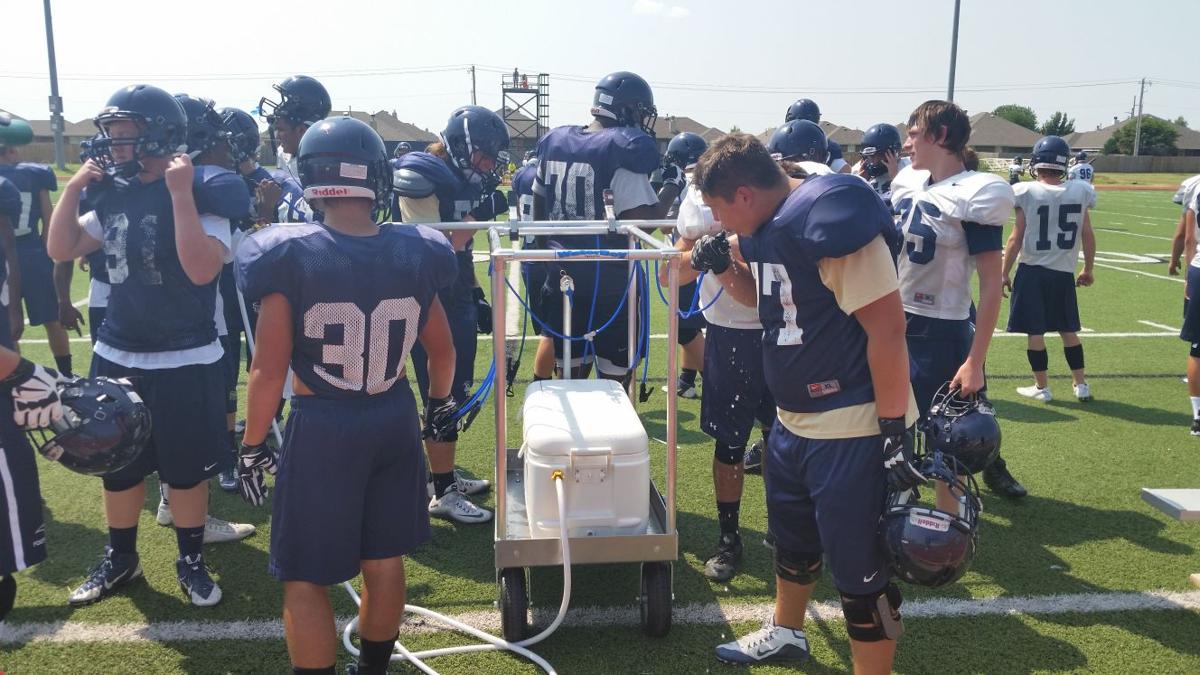 It was the first week of football practice this year at Southmoore High in Oklahoma, and Chris Trobaugh spotted the signs right away. After being an athletic trainer for almost a decade, he knew what to look for when it comes to heat illness.

So when six of his football players started to show symptoms of heat illness as the temperatures hovered near triple digits, Trobaugh knew if he didn't jump into action, the situation could turn deadly.

“All six were caught early at the first signs of heat illness and treated appropriately,” Trobaugh said. “Placed in an ice bath and given cold Gatorade and cold water to drink, as well as being given two or more Popsicles to help cool their core and get something in them to help increase their blood sugar. All of those young men I mentioned might've had a much different outcome had I not been present. No offense to most coaches, but they generally aren't looking for these signs/symptoms until it's too late.”

Trobaugh is one of a legion of trainers across high school and college campuses who are doing whatever it takes to prevent a new wave of athletes from succumbing to heat illnesses.

While concern over heat-related deaths among athletes has been in the spotlight since the tragic death of NFL lineman Kory Stringer in 2001, it wasn't until the last five to 10 years that organizations really began to call for changes.

A study by Andrew J. Grundstein, an associate professor in the department of geography at the University of Georgia, reported that 123 high school football players died of heat-related illnesses between 1960 and 2009.

In fact, from 2005 to 2009, the National Center for Catastrophic Sports Injury Research (NCCSIR) in University of North Carolina reported 18 cases in which high school and college athletes suffered fatal exertional heat stroke (EHS).

Trobaugh was one of those who thought 2009 was a turning point in stopping heat-related deaths.

“Sadly, yes, it took kids dying whilst practicing/playing a game, for adults to realize that things needed to change,” Trobaugh said. “And if it wasn't the tipping point, then it definitely helped push everything closer to that tipping point. State athletic associations and individual school districts began to mandate limited practices during certain times of day, practice days required before going full pads so that athletes could acclimate to the weather, etc.”

However, it appears those efforts have not yet had an effect on the total number of deaths. According to the NCCSIR, 19 more high school and college athletes have died due to EHS since 2010.

“There have been over 35 heat stroke deaths in college and high school athletes in the last 10 years,” according to Rebecca Stearns of the Kory Stringer Institute. “Since 2004, these yearly averages are almost twice that of what we have seen in the decades preceding these years.

"Part of the reason could be that, according to the Southwest Athletics Trainers Association, only 42 percent of high schools in the nation have access to athletic training services.

“Coaches are hired to coach sports teams to win games and championships," Trobaugh said. “They aren't hired to pay attention to the weather, plan accordingly, and then recognize the signs and symptoms of heat illness, or any other number of sports (medicine) issues that arise during practices/games. School administrators need to realize that having four to 10 assistant coaches around may look good, but it doesn't do any good for our athletes to have unqualified personnel around when an emergency arises.”

But Stearns says the solution in keeping the illness from turning tragic is a simple one that any athletic program can manage.

“It is true that we have seen a rise in cases of fatal heat stroke which could be due to a number of reasons,” Stearns said. “There are also inherent risks with any sport, but the important stat to remember about exertional heat stroke is that we have had a 100% survival rate when immediate cold water immersion has been initiated within 15 minutes of its onset. This is incredibly cost effective and simple solution for what has provided 100 percent survival.

"So, while there are many factors that could contribute to and result in heat stroke, we have all the knowledge and tools necessary to save them. It is also just as important to have immediate onsite care, such as an athletic trainer, who can recognize catastrophic medical conditions and quickly act on behalf of the athlete to initiate this lifesaving treatment.”

What happens when you get heat stroke? - Douglas J. Casa